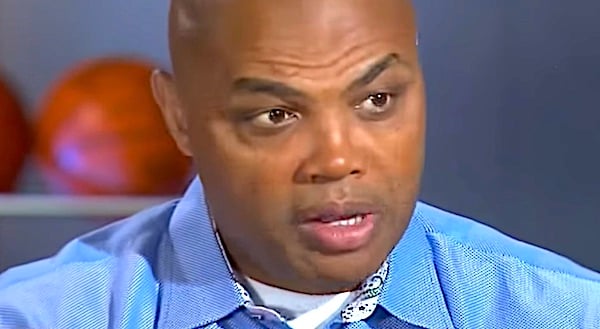 “The only people who are not vaccinated are just a**holes,” Barkley added.

I’ll get vaccinated and be an advocate for it if Pfizer puts a percentage of its earnings from the vaccine in my wife’s name. https://t.co/2tOr9jjDaM

Barkley, 58, believes that all sports leagues should require athletes to get vaccinated, CNBC reported.

“Can you imagine if one of these guys that are not vaccinated, if they get one of these players’ kids, wives, girlfriends, moms and dads sick and they die over some unnecessary conspiracy bulls**t,” Barkley said.

The NFL announced that outbreaks among unvaccinated players could lead to forfeited games, financial penalties and disciplinary actions from the commissioner, the NFL Network first reported on Thursday.

Roughly 80% of NFL players, 90% of NBA players and 85% of MLB players have received the vaccine but some athletes and coaches still refuse to get the shot, CNBC reported.

The NFL requires vaccinations for staff including coaches, front office executives, scouts and equipment managers, but players are not required to receive the shot, CNBC reported.

The MLB and NBA also do not require athletes to be immunized, according to CNBC.

Minnesota Vikings assistant coach Rick Dennison has left the organization, and New England Patriots co-offensive line coach Cole Popovich will miss next season as they have both refused to take the vaccine, ESPN first reported.