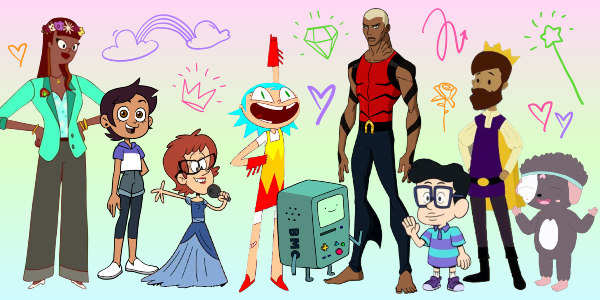 The LGBT characters and themes in children's animated television programming that have emerged over the past decade is not an organic cultural phenomenon, according to a report by Business Insider.

It's a result of "queer creators" promoting the LGBT agenda to major entertainment networks, writers and producers.

"Shows created and run by queer women, trans and nonbinary showrunners are largely responsible for the influx of nonbinary and trans characters in kids’ animation," the website said.

A major tactic is to bypass the merit-based hiring process and recruit LGBT people for staff positions.

The report said Taneka Stotts, a "genderfluid" writer for the show "Steven Universe: Future," told Insider that the lead producer, Rebecca Sugar, is a "nonbinary, bisexual. " Sugar searches for "inclusive" talent on Twitter and Tumblr rather than through traditional hiring avenues.

A transgender lead producer, Shadi Petosky, told Insider about the sometimes contentious effort to get pro-LGBT content into the shows.

Petosky said there were "little arguments, and battles, and suspensions" throughout the production process.

"I had to fight with the help of GLAAD to get the actual word ‘Pride’ in, instead of it being called ‘Rainbow Parade’ or something,” Potesky said.

In 1983, “Super Ted,” a show about a teddy bear with superpowers, debuted the first implicitly gay character. After that, just seven shows featuring LGBT characters were released in the 1990s, 11 were produced in the 2000s, and 48 in the 2010s.pic.twitter.com/LzlKKnyxkC

Breitbart News noted the gay-activist group GLAAD has convinced Hollywood to increase LGBT representation in shows on networks such as Nickelodeon, PBS and Cartoon Network.

Breitbart reported a 222% increase in LGBT characters and stories between 2017 and 2019 alone. A review of the content found 259 gay characters in cartoons and TV series aimed at children.

Disney revealed a gay character in DuckTales last year, for example, who is presented as a child with two gay dads.

Last week, Breitbart reported, actress Kirstie Alley warned that children are being exposed to "everything perverse on every kind of screen."

Hollywood is conditioning society to be so "open minded," she said, that it will soon support pedophilia as "just loving children."

Nearly 8,000 flights delayed on Friday as July 4th weekend to be hell