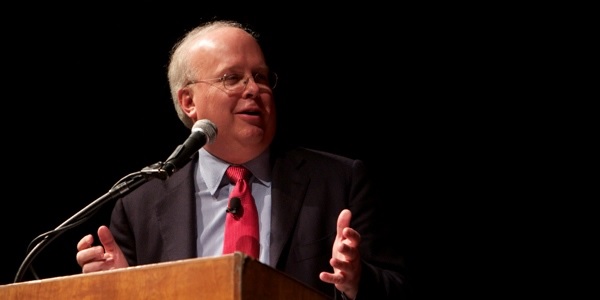 It's been reported for several days already that Joe Biden launched a program sending people knocking door-to-door to ask people about their COVID vaccination status.

And that some of those workers now are carrying the vaccines with them, to dispense vaccinations on the spot:

But now longtime political analyst Karl Rove is suggesting that there is an unwelcome political influencer making the decisions on what campaign is being done where.

"In fact, the list I’ve seen is virtually only states that are swing states, close states from the 2020 election. Somebody in the White House and somebody at the Department of Health and Human Services has to be held to account. Who’s making these decisions? Who’s allowing politics to enter into something that ought to be as far away from politics as possible?"

It continued, "One question that Republicans should request an answer to is who is hiring these individuals going door to door and pushing the vaccine? Is this operation led by Stacy Abrams like the hiring of far left election workers in the 2000 election? Abrams was behind the hiring of election ballot counters (i.e. producers) in numerous locations, including Fulton County. This is one reason the results in Georgia were so terribly different from reality. It really looked like Abrams and her group hired anyone they could find who supported BLM to 'count' the election ballots."

The editorial pointedly noted: "Rove asked on Fox News if these vaccine workers were also taking the opportunity to sign people up for the Democrat Party."

Fox reported Rove also said, "I'm in favor of outreach efforts. We've got to be able to take these lifesaving vaccines across the country, but it ought to be done entirely outside of politics, done by doctors and nurses and health education, people drawn from health education programs at colleges and the scouts and service groups at churches and local leaders. It shouldn't be politics. Action North Carolina is an intensely left-wing, very ideological and very active political group. Go to their website. It starts with a gigantic call on the readers of the website to demand that Senators Tillis and Burr, both Republicans, support the president, expand government, spend more money."

Rasmussen Reports found that 53% of Likely U.S. Voters think it's a "bad idea" for sending teams "door to door – literally knocking on doors."

Only 37% believe Biden's plan to have officials confront, try to persuade, possibly argue with, Americans at their front doors is a good idea.

The campaign already had faced significant opposition, especially after one county in Illinois posted instructions for those interrogators on how to act when they confront you, including for them to ignore "No soliciting" signs.

There was no mention, however, of whether they're supposed to ignore "No trespassing" directives.

"We went from 15 days to slow the spread, to Biden's gestapo knocking door-to-door to see your papers," wrote Jenna Ellis. "Who did Nazi that one coming?"

We went from 15 days to slow the spread, to Biden’s gestapo knocking door-to-door to see your papers.

Who did Nazi that one coming? 🥸

The instructions were posted in Lake County, Illinois, and were publicized by Zerohedge.

The marching orders include: "Ignore no soliciting signs. You're not soliciting! You're offering critical information and resources. What you are doing is not illegal."

But it does advise, "Knock and then back up."

"Use your script. This will give you the basics. Once you get comfortable with it, feel free to make it sound more like you as long as all the key information is there. Make clear up front that the building has let you in and you're from the health department."

Most importantly, it insists the door-knockers "Report on your work! Be sure to fill out the Doorknocking Spreadsheet with the counts of who still needs a vaccine, who is already vaccinated, who needs more info, etc. This is important information that the Health Department is relying on!"