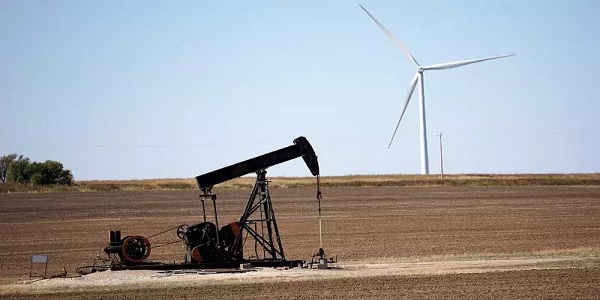 The Biden administration has made reducing greenhouse gas emissions a key part of its climate agenda, announcing plans to impose significant regulations on the oil and gas industry, yet advocates for small energy companies say the cost will disproportionately impact their businesses.

President Joe Biden signed an executive order in January directing the Environmental Protection Agency (EPA) to revise emissions regulations, with the goal of cutting greenhouse gas emissions in half by 2030. The plan made methane emissions from the oil and gas industry a priority, with Congress voting Friday to restore Obama-era methane emissions standards that had been amended under the Trump administration.

“It’s conceivable that the return to the Obama-era methane rule, or the implementation of new regulations, will be so burdensome they’ll put a lot of these smaller guys out of business,” Ingham said.

The Trump administration had implemented rules in September 2020 exempting smaller oil and gas wells from certain methane emissions regulations passed in 2016 under the Obama administration that were designed for larger operations. Small petroleum companies had lobbied for the rule change for years, citing the high regulatory burden of the Obama regulations, according to Open Secrets.

Representatives for smaller companies now say returning to the old standards may add too great a regulatory cost.

“The added expense of compliance with regulations can greatly impact the economic viability of oil and natural gas wells, and even the survival of many small businesses,” Longanecker said.

Over 500 oil and gas businesses have gone bankrupt since 2015, according to a report by Haynes and Boone, though the report did not mention the degree to which regulatory costs were a factor. A report from the Independent Petroleum Association of America (IPAA) found certain 2016 regulations “economically infeasible” for smaller operations.

“We cannot make the climate case for the widespread use of natural gas if we don’t manage and contain it.” Shell US President Gretchen Watkins urges support for the #methane resolution under the Congressional Review Act. https://t.co/KqZ24O7vW0

“We need to restore the direct federal regulation #methane emissions – and we urge Congress to approve the methane resolution under the Congressional Review Act,” Shell tweeted.

“We’re pleased that Congress recognizes the importance of this objective, and we encourage the president to sign the resolution,” Mary Streett, senior vice president of communications & advocacy at BP, said in a statement to the DCNF.

Due to their size and revenue, these companies are better equipped to absorb the regulatory cost of the regulations, according to Longanecker.

“Smaller operators do not have the same financial wherewithal, resources or often the internal regulatory expertise compared to large producers,” Longanecker said.

Percentage depletion, part of the U.S. tax code since 1926, allows the taxable gross income of a productive well’s property to be reduced by 15% if the well produces under a certain amount of oil, according to Energy Tax Facts. The deduction is only used by small independent producers, and allows them to stay competitive with high-producing companies, according to Ingham.

Ingham added that he did not see the logic behind repealing percentage depletion, saying the move would only advantage larger oil and gas companies.

“Do a lot of these proposals favor larger operators, or disfavor smaller operators, simply due to the cost involved? I think clearly the answer to that question is yes,” he said. “This may lead to further consolidation, with larger companies taking the place of smaller operators.”

Under Biden’s January executive order, the EPA will also consider through September additional methane emissions regulations to meet the 2030 emissions target. These new rules could increase the regulatory burden even further, according to Lee Fuller, officer of environment and general strategy at the IPAA.

“It could have a serious adverse effect,” Fuller said. “If you impose regulatory costs that are too expensive, you’re going to shut down small wells.”