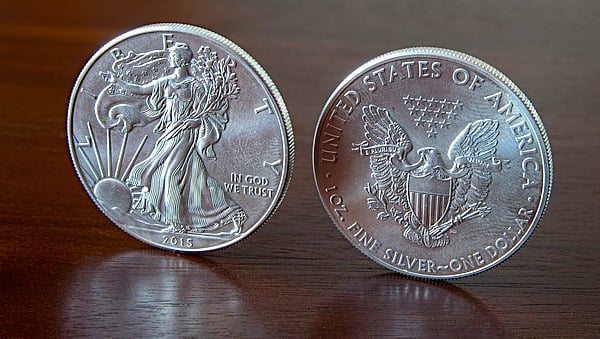 Colorado Gov. Jared Polis, whose personal wealth of hundreds of millions of dollars is based largely on the online sale of his parents' artistic contributions to their Blue Mountain Arts greeting-card company, has signed a new state law putting a bull's-eye on those who are wealthy and want to contribute significantly to their favorite charity.

The Democrat plan – Colorado's unified state government is ALL Democrats – caps the state income tax deduction for the wealthy at $30,000 for an individual or $60,000 for a couple, which barely allows a deduction for mortgage interest given the high-end homes wealthy occupy.

That means they no longer can deduct very much, if any, of their charitable contributions.

"If you make more than $400,000 per year, you’ll face a new cap on itemized deductions for state taxes. Itemized deductions allow people to lower their taxes by subtracting certain expenses — such as mortgage interests and charitable donations — from their taxable income. Under the new law, those wealthier households can’t subtract more than $60,000 from their taxable income," the report confirmed.

What will it cost those who may have wanted to choose, after a lifetime of work, to endow their favorite boys' clubs, church or arts center? "The change to itemized deductions is expected to be one of the biggest money-makers for the state, delivering more than $100 million in annual revenue," the report said.

MinistryWatch, a group that monitors and reports on the issues involving charities, explained the Colorado Nonprofit Association documented the ancillary impact, that the "reduction in giving to charitable organizations would approach $100 million."

That the gifts were being given to charities is without doubt. The report said for tax year 2018, about 10,200 Colorado "taxpayers claimed itemized deductions greater than the new cap would now allow. Each taxpayer’s deductions exceeded the new limitations by an average of about $225,000."

David L. Thompson, of the National Council of Nonprofits, said the idea of hitting at charities to raise government taxes regularly is proposed, but seldom "makes it all the way through the process."

The report said, "Charitable contributions declined considerably in 2011 after Michigan repealed tax credits for donations to the work of food banks, homeless shelters, and community foundations, according to the National Council of Nonprofits. Missouri restored a series of tax credits that had lapsed for giving to various charities.

"A decade ago, Hawaii imposed a cap on itemized deductions, including charitable donations and mortgage interest, but later lifted the experimental cap after seeing 'adverse effects on charitable giving.' The cap was expected to generate $12 million for the state treasury; however, donations were estimated to fall by $60 million a year, according to the Hawaii Community Foundation."

A CNA estimate said the Democrats in Colorado, effectively, are making it up to 8% more expensive for wealthy Coloradans to donate to charities.

The Denver Post previously outlined how Polis got rich – taking the images and poetry his parents created for their Blue Mountain Arts greeting card company and putting them online, then selling that for some $800 million.

He has used the massive profits he made to fund his own political campaigns, first for state Board of Education, then Congress, and most recently the governor's office.

The report pointed out Polis gave his governor's campaign $11.2 million, "a sum that dwarfs the budgets of his rivals, and one that's already more than the combined spending of every candidate to ran for governor in 2014."

His critics said he simply buys the races.

At one point early in his career, Polis had Russian connections, working there for several months Russia, making money off of floor-trading in the newly developing stock market, the report noted.

More of his income came from buying material from the government and reselling it.

The Post confirmed Polis sold the online images and poetry to [email protected] for $780 million.

"The timing couldn’t have been better for them — or worse for [email protected], the aspiring internet empire that bought them," the report said. "The dot-com bubble popped a few months later, and [email protected] would go on to declare bankruptcy in 2001; it later sold the e-card piece for a fraction of the price it paid."

"We thought the property was massively interesting from a traffic perspective but also massively undermonetized," said George Bell, then the CEO of [email protected] He said the company wanted to sell ads on the site, but its revenue projections failed to materialize.

He said it was the "wrong decision" to make the purchase from which Polis gained his wealth.

It was his wealth, along with that of other "Gang of Four" members, millionaires and billionaires Rutt Bridges, Tim Gill and Pat Stryker, that strategically was used for Democrats to take over the state in 2004.

Polis, when he signed the bill, said it was "tax relief for the people of Colorado."

Ironically, the state has struggled during the tax filing season in 2021 for the year 2020, and months after the deadline to pay taxes due Colorado the state still has declined to send payments to those who are owed a refund.