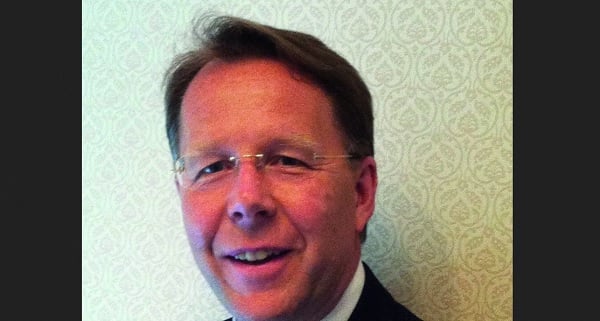 The former CEO of a grant-making trust in Scotland has won his discrimination fight against his former employer, with an employment tribunal ruling that Kenneth Ferguson was unfairly dismissed by The Robertson Trust.

The judgment also ruled he had been subjected to religious discrimination by the trust and its chairwoman, Shonaig Macpherson, over his biblical belief that marriage is exclusively between a man and a woman.

Simon Calvert, the deputy director for public affairs for the Christian Institute, which represented Ferguson, said he was pleased with the conclusion.

"This ruling is a welcome re-statement of the principle, upheld again and again in the courts, that the Christian belief that marriage is between a man and a woman is a belief protected by equality law and worthy of respect in a democratic society. This is a just outcome and one which sounds a warning to those who think they can mistreat Christians in the workplace," he said.

"The Christian Institute has had the privilege of supporting Kenneth throughout this battle and underwriting his legal costs via our Legal Defence Fund," he said.

Another hearing now will be scheduled to determine the damages the trust owes Ferguson.

The judgment concerned the decision by trust officials to dismiss Ferguson in March 2020 – as Macpherson went "incandescent" upon learning that the trust was renting one of its properties to Stirling Free Church, at which Ferguson was an elder.

"In its ruling, the Tribunal said the impression given was of Macpherson 'seeking to find reasons' to justify the dismissal of Ferguson prior to March 2020," the Institute reported.

"Highlighting the 'very unusual process' employed in the dismissal of Ferguson, the majority of the tribunal decided that 'the issue of the beliefs of the claimant and church with which he was associated' had been on the mind of MacPherson throughout the whole procedure," the report said.

That painted a "suspicious" picture of the conflict, the tribunal said.

Ferguson, in a statement released by his legal team, explained, "I was treated by The Robertson Trust in a way I had never been treated before in my whole professional life. But I’m satisfied that justice has been done. The tribunal has ruled that they were wrong to behave that way and I’m grateful."

He added, "I also want to thank those who have supported me and prayed for me, especially those at The Christian Institute who have been such a blessing to me."

The trust is the biggest in Scotland, providing some $24 million a year to various causes. Ferguson served as CEO from 2011 to 2020.

He also is an elder at Stirling Free Church, which teaches marriage is between one man and one woman, and had an agreement to rent premises from the trust.

"The tribunal found Macpherson was 'appalled' that the church had been allowed to meet on trust premises and was so angry that her voice was shaking. She made repeated negative reference to the church’s views on same-sex marriage in communications with staff and other trustees," the Institute confirmed.

The tribunal said, "The Tribunal… finds in favor of the claimant on the claim of unfair dismissal under the Employment Rights Act 1996 and by majority for direct discrimination under section 13 of the 2010 Act, that being in relation to the dismissal itself. It also finds that the claims that arise against the second respondent [Shonaig Macpherson] under sections 109 and 110, and the claim in relation to the statement of particulars, as having succeeded."

It continued, "Taking account of all of the evidence the majority of the tribunal concluded that the evidence of the second respondent [Shonaig Macpherson] was not sufficiently reliable to hold that the first respondent [The Robertson Trust] had discharged the onus on it. The conclusion was formed in part by the manner in which she gave her evidence, the lack of detail in her witness statement and candid inclusion of material facts, and the lack of supporting written evidence provided. The second respondent sought to deny some of the facts, and to downplay her reaction to discovering the fact of the Licence, and was not as candid as the tribunal would expect of a witness before it. The issue of the beliefs of the claimant and church with which he was associated had been in the mind of the second respondent on 8 November 2019 and the majority of the tribunal considered that they remained to the point of dismissal. The evidence to establish performance being of such a level as justifies dismissal was not sufficiently established. To that is added the very unusual process, contrary to the first respondent’s own procedure, that led to dismissal. Individually there were in many respects steps taken which were not the normal steps to take and although by itself that is not determinative by any means collectively the picture painted is a suspicious one, where there is the ability to secure dismissal when that was not achieved by the first disciplinary process."

Macpherson, before discovering Ferguson's link to the church and discovering it was renting facilities, said of Ferguson, "Engaging, optimistic, values driven individual who fulfils an excellent role as an ambassador for The Robertson Trust, recognized as a thought leader in the third sector in Scotland and increasingly elsewhere beyond the UK. He continuously seeks to innovate and improve performance of the Trust, coming up with lots of new ideas and schemes. Internally he encourages and supports the staff to be the best they possibly can be, providing promotion and development opportunities for all and setting the tone/culture for the organization. He has boundless energy and enthusiasm, always going the extra mile to support and accommodate stakeholders and staff."

The church, meanwhile, has brought a separate action against the trust for canceling its agreement to rent facilities.

In the United Kingdom, it is "unlawful for providers of venue facilities to discriminate against people because of their religious beliefs."

The trust also is under fire from the U.S.-based Billy Graham Evangelistic Association, which had a contract for a one-time meeting that was terminated by the trust without explanation.

Spokesman Roger Chilvers had booked a room in the trust facility for a training course that later was canceled.

"We made it clear to the venue at the time of booking that we are a Christian organization. It was only later that they came back and said they were cancelling our booking because of our religion," he said. "It is a neutral space, offered to the public at large. You can’t have a situation where religious groups are banned from hiring neutral spaces. That is not a free society. This is anti-religious discrimination, plain and simple, and we are hopeful the court will uphold our claim and recognize the inequities present in this case."