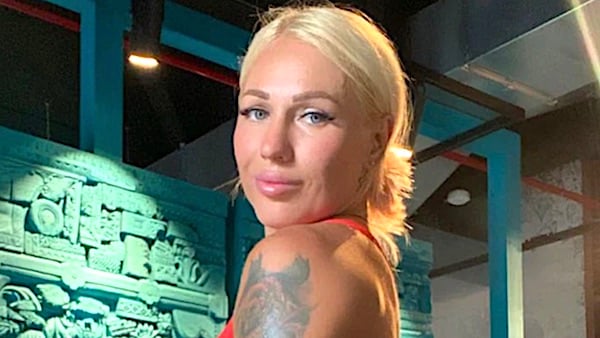 Another Belarusian athlete vowed Tuesday to not return to the country amid crackdowns on government criticism, multiple sources reported.

Heptathlete Yana Maksimava announced on Instagram Tuesday that she would remain in Germany with her husband, Andrey Krauchanka, who won a silver medal in the decathlon at the 2008 Beijing Olympics, and their daughter, the Associated Press reported.

“I’m not planning to return home after all the events that happened in Belarus,” said Maksimava, who competed in the 2012 London Summer Olympics.

“You can lose not just your freedom, but also your life,” she added.

Incredible courage on the part of Yana #Maksimava and Andrey #Krauchanka, given the Lukashenka regime’s obvious willingness to use threats and violence against defectors. I hope Germany will do everything possible to protect their family from retribution. https://t.co/g4tAJlIZJU

Her announcement comes after Olympic sprinter Krystsina Tsimanouskaya refused to return to home on Monday and the reported murder of an exiled Belarusian government critic.

Belarus team officials tried to force Tsimanouskaya to fly home Monday after she publicly criticized the national team coaches, according to the Wall Street Journal. She refused to board the flight and went to the Polish embassy in Japan for help.

“I was just afraid for my life, afraid to go to jail,” Tsimanouskaya told the WSJ on Tuesday. “I don’t think I can ever go back to Belarus.”

Tsimanouskaya publicly complained after she was told to compete in the 4X400 relay, an event she has never participated in, the WSJ reported. She has since received a humanitarian visa from Poland.

Belarus officials “made it clear upon return home, I would definitely face some form of punishment,” Tsimanouskaya told the Associated Press. “There were also thinly disguised hints that more would await me.” 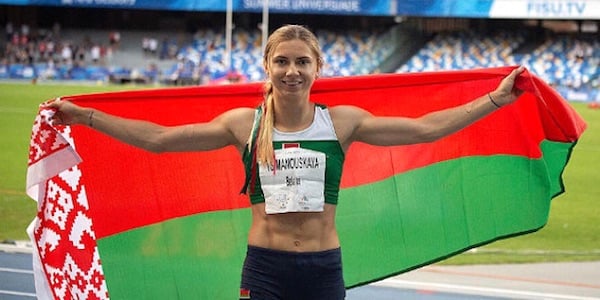 Tsimanouskaya landed in Austria on Wednesday, and her husband has fled to Ukraine, the AP reported. The two plan to meet in Warsaw.

“The decision to change the route and fly to Vienna was made by the Polish side for security reasons,” Vadim Krivosheyev, an activist with the Belarusian Sport Solidarity Foundation, said according to the AP.

Vitaly Shishov, a Belarusian activist living in exile in Ukraine, was found hanged in a park on Tuesday, Reuters reported.

Shishov, 26, led a group that helped Belarusians fleeing persecution, and the murder is under investigation, Reuters reported.

Shishov left Belarus last year after participating in anti-government protests and has been warned about threats including murder or kidnapping, according to Reuters.