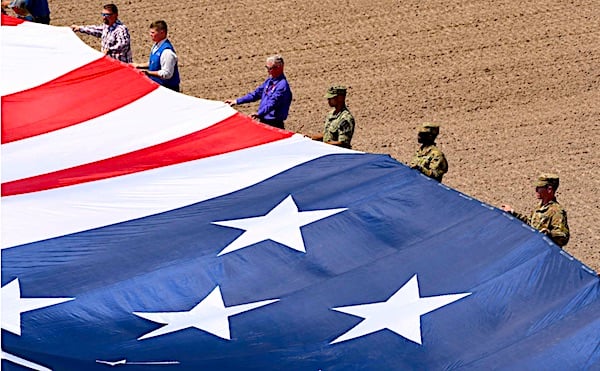 A former CIA chief who was in power at the end of the administration of George W. Bush into the early part of Barack Obama's is likening a bunch of patriotic Americans flying Old Glory to the Taliban.

That would be murderous gang of Islamists in Afghanistan who shoot surrendering prisoners in cold blood, abduct 12-year-old girls for their harems, shoot women who wear Western clothes, and just recently took over the government there when Joe Biden abruptly withdrew American troops.

According to a report at American Greatness, it was Michael Hayden who repeated on social media an image that "explicitly compared supporters of President Donald Trump to the Taliban."

The report noted Hayden was a four-star general who retired after holding the position of CIA director from 2006 to about 2009.

"The tweet in question depicted a split-screen image with Islamic terrorists riding in a convoy of pickup trucks and waving their flags, alongside a caravan of Trump supporters in pickup trucks waving American flags. The caption read: 'Their Taliban. Our Taliban,'" the report explained.

Hayden also had been principal deputy director of national intelligence and DNI, as well as working in the National Security Agency.

Fox News noted Hayden was "widely panned" for his decision to equate Trump supporters with the violent extremists and terror experts in the Taliban.

While he was given a word or two of sporadic support, many online excoriated him.

"Wow. Hate much," said one commenter who, like most, was anonymous.

"Wow, with all of your experience, if you can’t tell the difference between a real threat and media hype…and retweeting this crap? Swampier than most," said another.

"If you spied on the Taliban as hard as you did US citizens, you might have won a war," another said.

Just a day later, Hayden retweeted another vicious comment that suggested sending Trump supporters to Afghanistan. That original was from JoeyG, who said, "Can we send the MAGA wearing unvaxxed to Afghanistan, no use sending that plane back empty?" to which Hayden said, "Good idea."

Another said, "Didn't you start this war, I think you should go over and clean up your mess."

"General right??" wrote another, "Ever win a war?"