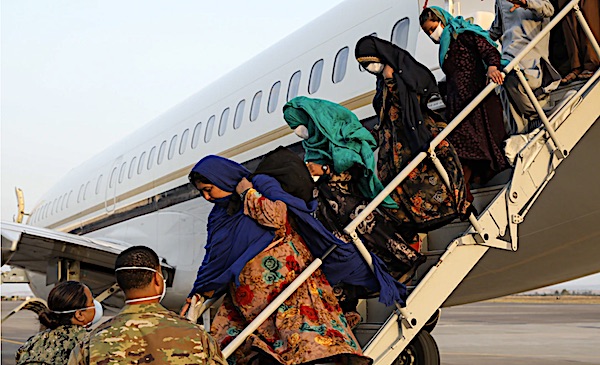 Many compare the withdrawal from Afghanistan to the end of the Vietnam War given the strikingly similar imagery of capitols falling and chaotic evacuations, but Vietnamese Americans told the Daily Caller News Foundation that the parallel is more nuanced.

“It’s been interesting to see the comparisons with the fall of Saigon because politically they are just completely different situations,” Minh-Thu Pham, co-founder of New American Voices, an organization focused on mobilizing Asian American voters, and board member of The Progressive Vietnamese American Organization (PIVOT), told the Daily Caller News Foundation (DCNF).

“The reason why we were there, the engagement, our goals on the ground, our goals strategically, the decisions to withdraw … all of that vastly different,” she said. “The comparisons are more visual in the evacuation.”

For the Vietnamese American community, the similarities mostly lie with understanding “the loss of homeland and dashed hopes,” Pham said, adding that the desperation and fear Afghans now face are heartbreaking and relatable.

Jeff Le, 38, a public policy strategist and former Deputy Cabinet Secretary for the Office of the Governor of California, agrees that the “humanitarian crisis” in Afghanistan is reminiscent of what some Vietnamese Americans experienced. Le said his mother, who experienced the fall of Saigon in 1975, told him “this reminds me of 46 years ago, but worse.”

Le described his family, who “lost everything” when they fled Vietnam, as lucky — because they made it to a new country. “I think there is that natural connection to understand … what they’re experiencing,” he said.

“We did not foresee the very fast collapse that was going to take place,” Baoky Vu, 53, former vice-chair of DeKalb County’s Board of Registration and Elections, told the DCNF. Vu’s immediate family, except for his father, left the week before Saigon fell.

“It was eerie to see the panic on the tarmac over in Kabul,” Vu said. “In human terms … I feel a tremendous sense of sympathy for the tragedy that is playing out in front of the cameras on TV.”

Pham, who left Vietnam with her family by boat, said that Afghans will have a harder time fleeing their country after American troops leave because it is landlocked. Pham’s family made it to the U.S. only because of sponsorship by The First Presbyterian Church of Knoxville, who welcomed the family with “open arms.”

“That’s what I hope for the Afghans,” she said. “There were so many Afghans who risked their lives … those folks are now at risk and it is our moral obligation to help them find safety.”

Le, who worked in Afghanistan from 2010 to 2013, said that the country’s people, particularly the women, were “some of the bravest” he ever met. “I think the number one priority is getting folks out of harm’s way here that committed to supporting our country, our service members, and getting them in a place of safety, and then we can figure out the paperwork.”

Democratic Rep. Stephanie Murphy of Florida, the first Vietnamese woman elected to Congress, told the DCNF in a statement that her family “fled the country by boat when I was just a baby. When we got to international waters and ran out of fuel, a U.S. Navy ship came upon our boat. They gave us fuel, food, and water, and that gave us just enough to make it to a Malaysian refugee camp.”

“It’s that kind of generosity that has sailors, who are trained for combat, decide to extend grace to these desperate strangers on the high seas. I’ll be forever grateful for that. I’m working to help our Afghan allies have the same shot I had at a new life,” she added.

Pham described American concern with a vetting process that lets extremists of any kind in with refugees at the end of the war as misguided. “Vietnamese are up there with Cuban Americans for being among the most anti-communist” demographic in the country.

Pham, who served as an advisor for current Secretary of Transportation Pete Buttigieg’s presidential campaign, also said Vietnamese Americans were more likely than other Asian American groups to vote for President Donald Trump in the latest election, which she imagines is “the opposite” of what opponents of widespread refugee resettlement fear.

“There’s a large gap between the generation of my parent’s age and my generation,” Vu said, noting that refugees from countries friendly with the U.S. often lean “somewhat authoritarian.”

The older generation “did not mind the authoritarian inclination of the previous administration, whereas the younger generation, who’ve grown up here now, are more leery of the tendencies towards strong-armed dictators,” he added.

Vu, a Georgia Republican, said that he seeks a sensible process of accepting Afghan refugees.

“If we all lived the same way and had the same access to the material good … taking any amount of refugee would be fine,” he said. “But in this case, we also have to deal with our limited number of resources, financial and otherwise, and so I think it deems a more thoughtful and valiant process.”

No matter how many refugees come to the U.S. from Afghanistan, the Vietnamese Americans who spoke to the DCNF emphasized that Americans can help those arriving by embracing refugees into their local communities.

Le hopes Americans “will all be as welcoming as we can for their integration,” noting “there is something really powerful about that.”