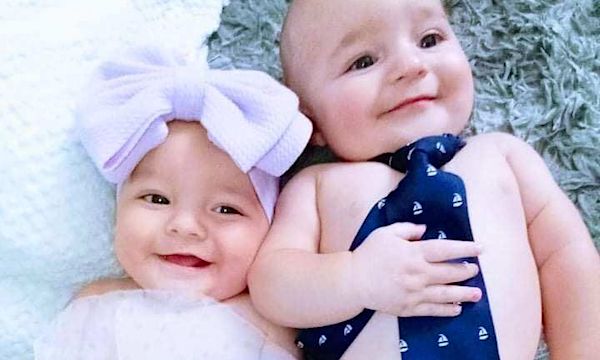 Chief Deputy Rob Edwards of the Humphreys County Sheriff’s Office confirmed the death toll on Sunday, according to the Associated Press.

“Things are moving fast and we are finding people left and right,” Edwards wrote in an email to the New York Times, adding that he expects the death count to increase.

“I would expect, given the number of fatalities, that we’re going to see mostly recovery efforts at this point rather than rescue efforts,” Tennessee Emergency Management Director Patrick Sheehan said, according to the AP.

Submerged cars, debris in the streets and damaged stores pictured after record rainfall caused flooding in middle Tennessee, resulting in at least 21 deaths as homes and rural roads were washed away. https://t.co/yriioTWQKc pic.twitter.com/PEM8eEjW1S

Among the 22 dead were 7-month-old twins who were swept from their father’s arms in Waverly, WZTV Nashville reported.

Doug and I are praying for the families impacted by the terrible flash flooding in Tennessee, and we offer our deepest condolences for those who have lost loved ones. Our administration stands ready to help during this difficult period.

The region witnessed 17 inches of rainfall on Saturday, breaking the all-time 24 hour record for the state, which was 13.6 inches on September 12, 1982, according to the National Weather Service in Nashville.

“Complicating issues is the loss of all cell-phone coverage from the major carriers. They are bringing in portable units to assist with communications. We have lost a lot of roads both rural and major highways,” Edwards said.