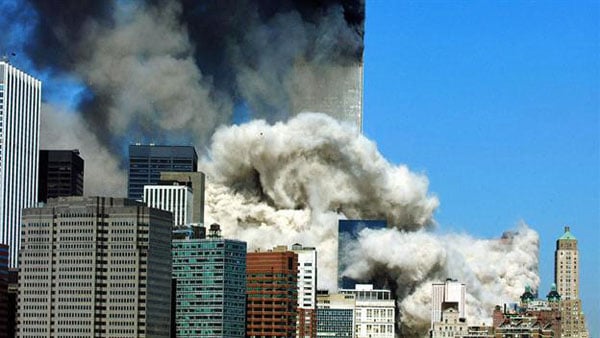 A group of families of victims of the Sept. 11 terrorist attacks, along with survivors and first responders, will issue a statement Friday asking President Joe Biden not to attend memorial events unless he releases classified information, according to NBC News.

The group, numbering nearly 1,800, is requesting Biden skip events commemorating the 20th anniversary of the tragedy unless he declassify documents they believe demonstrate the involvement of Saudi officials in the attacks, NBC News reported. The Bush, Obama and Trump administrations each declined to declassify the information.

“Since the conclusion of the 9/11 Commission in 2004 much investigative evidence has been uncovered implicating Saudi government officials in supporting the attacks,” the group said in the statement, according to NBC.

“Through multiple administrations, the Department of Justice and the FBI have actively sought to keep this information secret and prevent the American people from learning the full truth about the 9/11 attacks,” the group said.

Mr. President, honor the 9/11 families. Declassify and release the information that sheds light on Saudi’s link to the barbaric 9/11 attacks. Hold the Saudis responsible for their continued atrocities in Yemen. Americans deserve the truth. https://t.co/cVjEuoebYl

Though the 9/11 Commission’s official report did not find any evidence that Saudi Arabia was involved in the planning and carrying out of the attacks, one of the group’s organizers, Brett Eagleson, whose father died during the attacks, told NBC he is certain the classified documents would reveal the involvement of senior officials in the Saudi government. Eagleson said he had been “ignored” by the FBI and Department of Justice (DOJ), and urged Biden to take action.

“We cannot in good faith, and with veneration to those lost, sick, and injured, welcome the president to our hallowed grounds until he fulfills his commitment,” the group told NBC.

Several Democrat Senators had requested the DOJ and FBI declassify documents related to Saudi involvement in July. Of the 19 terrorist who carried out the 9/11 attacks, 15 were Saudi, and a number of lawsuits have been brought against the country over its alleged involvement.