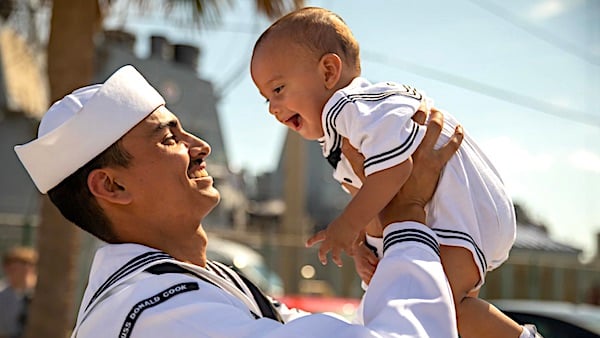 The transgender campaign to legitimize life under gender dysphoria and normalize the strategic mutilation of body parts argues that sex is not male or female, but how a person feels.

Now the American Medical Association has launched a surprising advocacy that aligns: a move to eradicate the male or female designations on birth certificates.

"Assigning sex using binary variables in the public portion of the birth certificate fails to recognize the medical spectrum of gender identity," claimed Willie Underwood II, who wrote Board Report 15 for the AMA.

The report startingly claims "there is no clear standard for defining sex designation" on those legal documents.

Further the AMA charges that "a person's gender identity … may not always correspond with their sex assigned at birth," and in most states those who choose a transgender lifestyle already can have their designations changed.

But that isn't enough, the report said.

"Designating sex on birth certificates as male or female suggests that sex is simple and binary," the report said. But there are individuals with "intersex variations," and others who "identify as transgender."

Therefore, "it is the recommendation of the AMA's LGTBQ Advisory Committee that our AMA should advocate for removal of sex as a legal designation on the public portion of birth certificates. Assigning sex using a binary variable and placing it on the public portion of the birth certificate perpetuates a view that it is immutable and fails to recognize the medical spectrum of gender identity."

Sex should be removed as a legal designation on the public part of birth certificates, the American Medical Association (AMA) said Monday. https://t.co/U9w38qvwtV pic.twitter.com/NeIPafpv3T

WebMD earlier report that pesky "male" or "female" designators on a birth certificate "can lead to discrimination and unnecessary burden on individuals whose current gender identity does not align with their designation at birth, namely when they register for school or sports, adopt, get married, or request personal records."

Jeremy Toler, MD, a delegate from GLMA: Health Professionals Advancing LGBTQ Equality, warned the world still is a place "where it is unsafe in many cases for one's gender to vary from the sex assigned at birth."

But, the report said, Robert Jackson, an alternate delegate from the American Academy of Cosmetic Surgery, opposed the campaign.

"We as physicians need to report things accurately," Jackson said. "All through medical school, residency, and specialty training we were supposed to delegate all of the physical findings of the patient we're taking care of. I think when the child is born, they do have physical characteristics either male or female and I think that probably should be on the public record."

National Review commented, "It is astonishing how the transgender moral panic has swept actual science aside. … The AMA wants biological sex recorded for the former as a private matter of record-keeping. But it will now urge that birth-certificate forms carry no designation of sex to prevent future discrimination based on identity and to allow the person to decide later what sex they really are."

The commentary said, "So, the AMA has gone full bore and irrationally woke, participating in the herd stampede that is the transgender moral panic."

The AMA as long ago as 2013 advocated for changing "male" or "female" on birth certificates, even though that status cannot be altered by chemicals or even surgical treatments.