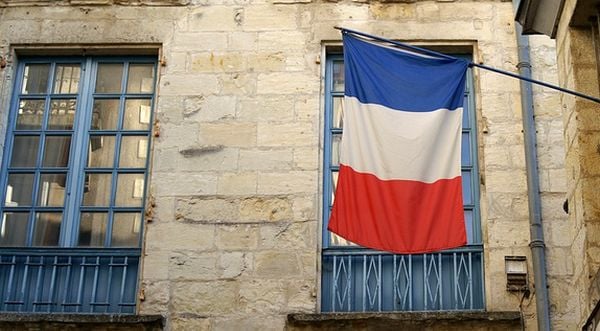 President Joe Biden boasted during a press conference Friday that his administration supported the evacuation of the French embassy in Kabul while at the same time American citizens are being told the U.S. government cannot escort them to the airport.

The U.S. Embassy in Kabul informed American citizens on Thursday that the Biden administration “cannot ensure safe passage to the airport.” The message came one day after Defense Secretary Lloyd Austin said the U.S. military lacks the capability to escort Americans trapped behind enemy lines to the airport.

However, the Biden administration did have the capability to provide support to a convoy of hundreds of French people from their embassy to the airport, the president said Friday.

“We’re also facilitating flights for our allies and our partners, and working in close operational coordination with NATO on this evacuation. For example, we provided overwatch for the French convoy bringing hundreds of people from the French embassy to the airport,” Biden said. “These operations are going to continue in the coming days before we complete our drawdown.”

Biden said Friday that U.S. military forces helped some 169 Americans get “over the wall and into the airport” on Thursday. However, when asked specifically whether there were any plans to send forces out to help Americans get to the airport, Biden suggested it wasn’t necessary and that doing so may cause “unintended consequences.”

Biden: “We have no indication that [Americans] have not been able to get, in Kabul, through the airport. We have made an agreement with the Taliban. Thus far, they have allowed them to go through.” pic.twitter.com/iQkMS1U9tN

“We have no indication that [Americans] have not been able to get in Kabul through the airport,” Biden said. “We have made an agreement with the Taliban. Thus far, they have allowed them to go through.”

ABC News reporter Ian Pannell said after Biden’s speech that there are multiple examples of the Taliban assaulting American citizens and blocking them from making their way into the airport.

“Last night we had American citizens who had that exact experience, they tried to get to the airport. They had waved their American passports. The president talked about all they had to do was present their passports and they’d be allowed through,” Pannell said. “They were beaten by the Taliban.”

“It just seems the reality and the rhetoric are miles apart. I’m not quite sure what advice the president is receiving,” Pannell said. “The truth on the ground is that these people who are in fear of their lives can’t get through.”

.@DavidMuir: “The president said he has no intelligence that the Americans have not been able to get [to the Kabul airport]. The question, obviously—does that square with reporting on ground?”@IanPannell: “I mean—just totally not.”

Later in Biden’s press conference, he was asked again whether rescue operations for American citizens stuck behind Taliban checkpoints are on the table.

Biden said he was committed to getting every American to the airport and would leave such judgments to military commanders on the ground, but he also suggested that expanding the military’s security perimeter past the airport could have unintended consequences.

“The reason why we have not gone out and set up a perimeter way outside the airport in Kabul is that it is likely to draw an awful lot of unintended consequences,” Biden said. “We’ve been in constant contact with Taliban leadership on the ground in Kabul … we’re coordinating what we’re doing. That’s why we were able to get all of our embassy personnel out, how we got everyone out of the embassy safely. That’s how we helped the French out of their embassy.

The 'science' of using masks to fight COVID