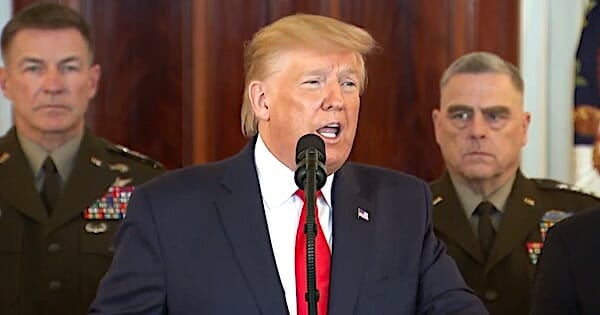 The Biden administration and its advocates have never hidden their contempt for Trump’s policy of maximum pressure on Iran. According to Robert Malley, the lead U.S. negotiator at nuclear talks in Vienna, “we've seen the result of the maximum pressure campaign. It has failed.” A few days later the New York Times editorial board declared “‘Maximum Pressure’ on Iran Has Failed.” The administration’s plan was to revive Barack Obama’s 2015 nuclear deal by demonstrating its good will and flexibility. Yet with little progress to show after six rounds of negotiations, Biden’s team appears to be discovering that leverage is an indispensable part of diplomacy.

Secretary of State Antony Blinken on Thursday questioned whether Tehran really wants to return to the nuclear deal, stating, “this can’t be an indefinite process.” One day earlier, the administration appeared to lay the groundwork for a potential pivot back to pressuring Iran. An unnamed senior U.S. official said Biden may consider an alternative policy especially as Tehran continues its nuclear advancement. If Iran makes it impossible to go back to the nuclear deal, the administration will return to “the dual track strategy of the past—sanctions pressure, other forms of pressure, and a persistent offer of negotiations.”

The unnamed official also warned Iranian negotiators that they “may believe they have taken the best punch the Americans can give, and that now they will be ok.” But that would be a mistake. The official noted that if Biden increased the pressure on the Islamic Republic he would benefit from an “international consensus…that there is no deal because of Iran, they will face the situation of 2012, not 2019.” In other words, Washington’s tougher stance would have European support, as it did during the pre-nuclear deal phase of Obama’s Iran policy.

But it will take a lot more than warnings from unnamed officials to persuade Tehran that Biden is less eager for a deal. Supreme Leader Ayatollah Ali Khamenei on Wednesday criticized outgoing Iranian President Hasan Rouhani, saying: “In this government, it was shown up that trust in the West does not work.” Khamenei’s remarks were broadcast on state television and come a week before Ebrahim Raisi ascends to the presidency. Raisi is Khamenei’s hand-picked hardliner. His likely foreign minister believes that intransigence extracts concessions from U.S. negotiators. The first six months of Biden’s tenure showed that to be true, so his first challenge, if he is serious about changing course, will to be undo the mistakes already made.

Biden can take the first step toward fixing this error by building a coalition with the E3 (France, Germany, and the United Kingdom) and other likeminded countries to increase diplomatic pressure on Tehran at the agency’s Board of Governors meeting in September. The U.S. should lead an effort to pass a resolution that supports the agency’s director general and urges the Islamic Republic to comply. If it does not, Biden should push the issue to the United Nations Security Council.

Reportedly the administration is considering tougher enforcement of sanctions on China’s imports of Iranian oil, a major source of revenue for Tehran. This is a good start, but Biden must go further, including signaling a willingness to target Chinese individuals, companies, and banks. One-time advocates of engagement both inside and outside the administration may be unwilling to go this far, but that’s what it may take. We need to return to the mantra of “you can do business with the United States or Iran, but you cannot do business with both.”

Iran’s nuclear activities have expanded, including the production of uranium metal, which is a crucial step in the development of nuclear weapons. And Tehran has already increased uranium enrichment to 60 percent purity, a level close to what is needed for making nuclear weapons. And there is no known civilian use in the country for such material.

Israeli officials are reportedly visiting Washington this week to prepare for Biden’s first meeting with Israeli Prime Minister Naftali Bennett, possibly in late August. This is an opportunity for Biden to signal publicly that his administration is embarking on a new course designed to prevent the clerical regime from developing a nuclear weapon. And Biden should mean it.

Anthony Ruggiero is a senior fellow at the Foundation for Defense of Democracies (FDD). He previously served in the U.S. government for more than 19 years, most recently as senior director for counterproliferation and biodefense on the U.S. National Security Council. Follow Anthony on Twitter @NatSecAnthony. FDD is a Washington, DC-based, nonpartisan research institute focusing on national security and foreign policy. The views expressed are the author’s own.