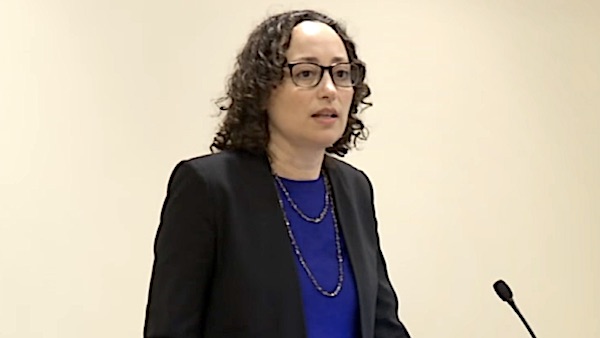 President Biden has nominated Catherine Lhamon as assistant secretary for the Office for Civil Rights (OCR) in the Department of Education. Lhamon held the same position from 2013 through 2017 in the Obama administration, but her performance in that job is disqualifying for a second round.

Lhamon is most noted for her zealous enforcement of the 2011 Dear Colleague Letter and her authorship of the 2014 guidance document that trampled over the constitutional and civil rights of thousands of college students and faculty and that occasioned thousands of erroneous outcomes in campus sexual harassment and sexual assault disputes under Title IX (TIX). That Biden apparently wants to recreate this calamity is inexplicable.

As a former professor at The Oregon Health & Science University (OHSU), I experienced the Lhamon-authored guidance up close after I was falsely accused of sexual harassment by a student. I was not permitted to know the allegations against me or the name of the complainant, nor could I submit or gather evidence on my behalf, call witnesses, or defend myself in any way. Such investigative practices, I would later learn, were commonplace under Lhamon’s OCR management.

After I was wrongly found responsible for sexual misconduct, I appealed to Lhamon’s OCR directly. The OCR not only gave its stamp of approval for the procedures implemented in OHSU’s investigation but also emphasized in its decision letter that it would have employed analogous procedures. I also learned from Lhamon’s OCR that innocence was no defense in a TIX proceeding.

Among the many thousands of fallacious TIX findings under Lhamon’s guidance, about 715 lawsuits were filed from wrongly accused and reprimanded students, many of whom had been suspended or expelled. The majority of the judicial decisions rendered were favorable to the plaintiff, and about 100 were settled pretrial.

Most notably, there have been at least 23 appellate court verdicts arising from these grievances that have found due-process infringements, procedural deficiencies, and gender discrimination in TIX proceedings under Lhamon guidance. Due process, free speech, and the United States Constitution are clearly not Lhamon’s strong suits.

The need for TIX compliance reform was so acute after Lhamon departed in 2017 that the previous secretary of the Department of Education revoked the Dear Colleague Letter and Lhamon’s guidance and formulated new TIX compliance regulations. Unlike the rescinded guidance, the new TIX rule is meticulous, thoughtful, constitutionally and legally grounded, fair and equitable, and corrects for the deficiencies of Lhamon’s guidance.

Ironically, Lhamon’s TIX guidance would have also violated Biden’s recent Executive Order 14021, mandating that the current rule, among other Department of Education policies, must be non-discriminatory on the basis of gender. Lhamon’s guidance discriminated against the accused – and therefore on the basis of gender – and her selective enforcement of TIX against black defendants is worse than discriminatory.

Lhamon has done more to obliterate the constitutional and civil rights of accused students and faculty in higher education over the last decade than perhaps any other American. She asserted that “schools should ensure that steps taken to accord due process rights to the alleged perpetrator do not restrict or unnecessarily delay the TIX protections for the complainant.” Nobody serving in a leadership position in the federal government should make the Constitution subordinate, let alone to such a flawed and discretionary policy. The statement is appalling and disqualifying for the position for which she is being considered.

Lhamon, if confirmed, will be charged with the implementation of the current TIX compliance rule, which she does not support. On Twitter, she has ludicrously stated that the new rule takes “us back to the bad old days, that predate my birth, when it was permissible to rape and sexually harass students with impunity.” The OCR needs a leader with less reactionary views who will implement current policy fairly, equitably, and in good conscience.

Furthermore, the current TIX rule, which is currently under review, was launched in 2020 by former Education secretary Betsy DeVos – the same person who rescinded Lhamon’s Dear Colleague Letter and guidance documents. This review should be supervised by someone with a fresh set of ideas to avoid any conflict of interest or perception of bias or retaliation. And reinstalling the Lhamon guidance debacle to TIX compliance is unthinkable.

Lhamon’s nomination is now before the Senate. Lacking commitment to key constitutional provisions, she has caused too much injustice and suffering for too many individuals and families to merit confirmation for this position.