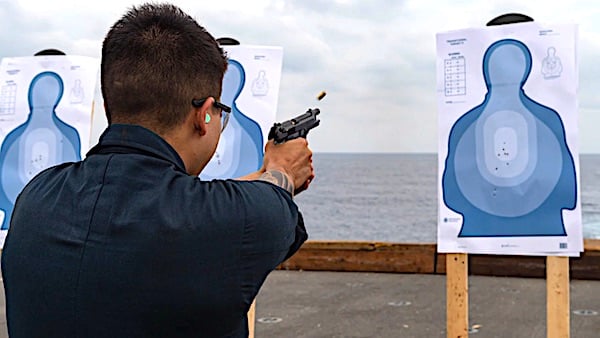 Several members of Congress have written to Marvin Richardson, the acting director of the Bureau of Alcohol, Tobacco, Firearms and Explosives, charging the department is usurping the authority of Congress to write laws.

The ATF, in fact, published in the Federal Register its "Definition of 'Frame or Receiver' and Identification of Firearms" plan that would "expand the definitions of several terms associated with firearms because the current regulations allegedly fail to capture the full meaning…"

But the ATF is moving "well beyond the authority granted to the agency in any applicable federal statutes," the letter said. "The proposed rule would expand the definition of 'frame or receiver' to include any part of a firearm that can house even one mechanism of the firing process. ATF concedes that its 'new definition would more broadly define the term 'frame or receiver' than the current definition.' Moreover, ATF expands the definition of a firearm beyond the intent of Congress … [referencing] 'a weapons part kit that is designed to or may readily be assembled, completed, converted, or restored."

The law already establishes that definition as: "Any weapon (including a starter gun) which will or is designed to or may readily be converted to expel a projectile by the action of an explosive…" or the frame or receiver of that weapon.

Its actions show the ATF is disregarding controlling law in its changes, the letter charges. For instance, it "creates a new definition to regulate privately made firearms without any statutory authorization from Congress to do so."

ATF appears to be trying to deliberately "usurp the authority of Congress," the letter charges, and in that process has "unconstitutionally infringed on American citizens' fundamental Second Amendment rights."

The solution is for the ATF to abandon its plan.

Meanwhile, the members of Congress want the ATF to respond to a series of questions about the agenda to change the legal definitions and more.

Just the News reports the Republicans member of Congress are on the House Judiciary Crime Subcommittee.