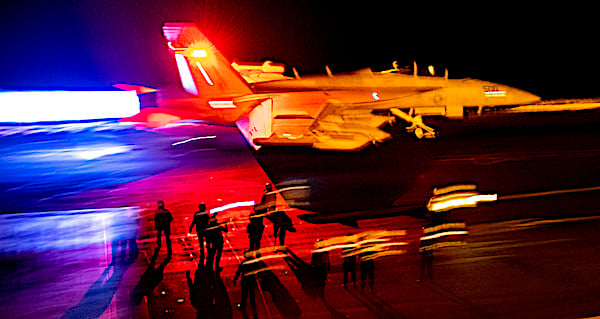 Several reports have emerged suggesting the catastrophe that President Biden allowed to develop in Afghanistan – the takeover of the nation by Taliban terrorists – could have a ripple effect around the world.

And it could be costly for Taiwan.

It's already well-known that China is looking to expand its influence globally, and wouldn't oppose a new higher profile in the region of Afghanistan.

That may now be possible because of Biden's decision to withdraw American troops – apparently without a thought to the effect of having no more peacekeeping forces back up the likely inadequate Afghan army.

The result developed quickly, and now has the Taliban installed as the "government" in Afghanistan. Already there are reports the terrorists have been hunting down and executing potential opposition components in the country.

Now the Middle East Media Research Institute is reporting that a Chinese television host, identified only as "Salwa," spoke in Arabic about the Biden withdrawal and Taliban takeover.

The commentator explained, "The current situation in Afghanistan is, undoubtedly, a major blow to the U.S. It serves as conclusive evidence of the failure of the U.S. attempts to change this Central-Asian country. In addition, the U.S. withdrawal plan reveals its betrayal of its commitment to its allies."

The commentary continued, "When its interests require dumping its allies, the U.S. finds a thousand justifications. For 20 years, the powerful U.S. could not get rid of the Afghan Taliban, which did not receive any foreign assistance. This failure has exposed the impotence of the United States. Indeed, the U.S. very much resembles a 'paper tiger.'"

She went on: "China will deal with the changes in Afghanistan in a very reasonable way. China has no intention of filling the vacuum created by the United States. The principle of refraining from interfering in the internal affairs of other countries has been, and will continue to be, the mainstay of Chinese foreign policy. China will play a constructive role in Afghanistan, in order to achieve peace, and in order to move towards rebuilding [Afghanistan] very soon."

Subsequently, the Gateway Pundit explained, "China is emboldened with U.S. weakness in the region, the historic collapse of Afghanistan, and the frail puppet installed in Washington, D.C."

This was in conjunction with a report that the Chinese People's Liberation Army "launched joint live-fire assault drills in multiple locations off the coast of Taiwan."

The Global Times said, "The PLA Eastern Theater Command on Tuesday dispatched warships, anti-submarine warfare, aircraft and fighter jets in surrounding maritime and aerial areas near the southwest and southeast of the island of Taiwan for military exercises including joint live-fire assaults, and also for testing the command troops' integrated joint operation capabilities…"

The Global Times said the Chinese believe the U.S. and Taiwan have been "colluding" in provocation to China's sovereignty, and reports have suggested if China moves against Taiwan, President Biden will do nothing.

"This is just what Jack Posobiec and The War Room said would happen next," the Pundit explained. "On Monday Steve Bannon warned that the U.S. economy will implode if Taiwan falls to the Chinese. According to Bannon the entire American economy centers around the chips, and in particular, the advanced chips designed, made, and manufactured in Taiwan."

#BREAKING: #PLA Eastern Theater Command on Tue dispatched warships, ASW aircraft and fighter jets for joint live-fire assault drills in SW, SE areas off the island of Taiwan as response to recent moves by the US and Taiwan secessionists: spokesperson https://t.co/2lTfSmxxhW pic.twitter.com/dclmjwnlFM