Are you under the misapprehension that China's dystopian social credit system could never come to America? Open your eyes, folks. It's here.

The pandemic was the greatest boon imaginable for the far-left communists. Just think: a built-in excuse to close small businesses, restrict individual movement, increase government dependency and implement medical tyranny – all in one tidy package!

Consider just a few random headlines from this week:

• Andrew Cuomo Calls on Businesses to Go to 'Vaccine-Only Admissions'

• Don Lemon: The un-Vaccinated should not be allowed to shop for food

• CDC Discusses Confinement, Internment Camps for Those at High Risk of China Virus

This is just the barest sampling. I could have collected dozens or hundreds of stories. I mean, c'mon – do these developments sound like free America or communist China to you? The only thing left to fully embrace the Great Reset is to revoke the Second Amendment and seize all personal firearms – and believe me, it's in the works.

The goal of all these leftist efforts is the same goal as the CCP: full conformity, full compliance, full standardization. Everyone must believe, act and behave precisely the same way. If you fall in with these demands, your life will be great. You'll be allowed to shop, eat out, attend the theater and state your opinions. But dissent in any of these categories, and your life will be a living hell. Your social credit score will control your destiny.

Being white is automatically a mark down, unless you un-white yourself through militant far-left activism. If you're a white, Christian/Jewish, straight Republican Trump supporter, then your credit score is practically unsalvageable. As an extra example of madness, black or Hispanic or Asian or Native American conservatives are lumped in as "white supremacists" (they call this "multiracial whiteness") for additional discrimination. And if you refuse to take the COVID vaccine on top of everything else, you're toast. Vaccine passports will kill any freedom of movement.

The more comprehensive digital health passports are being implemented around the world and picking up steam in America. "[T]he goal is a comprehensive digital identity, combining one's health data and vaccine status with banking and other personally identifiable data," writes investigative journalist Leo Hohmann (italics in original).

This means your digital money can disappear if you don't comply with the leftist agenda. Already financial institutions (PayPal, various large banks, credit card companies) are refusing, closing, or denying business to conservatives or anyone engaged in unapproved activities or unsanctioned opinions.

The social media giants are enormously involved in regulating free speech; in fact, Silicon Valley is building a Chinese-style social credit system. (Try posting the word "hydroxychloroquine" on Twitter and see how long it takes you to get banned.) Conservatives businesses, websites and services all over the nation are being deplatformed at an unprecedented rate. Anyone not jumping on the far-left bandwagon is bullied, shamed and canceled. Get involved in the wrong kind of activity and you might even be "suicided."

Even feminist Naomi Wolf is breaking ranks and sounding the alarm, predicting how vaccine passports will eventually track every aspect of one's life. She told Fox News host Steve Hilton that Big Tech companies will oversee all personal information and intermingle it with information that government will use to determine if someone is eligible to travel or do anything else in polite society.

"They're trying to roll it out around the world," Wolf warned. "It is so much more than a vaccine pass. I can't stress this enough. It has the power to turn off your life. Or turn on your life. To let you engage in civil society or be marginalized. It's catastrophic. It cannot be allowed to continue."

In the spirit of never letting a crisis go to waste, the coronavirus has become a perpetual excuse for the elites to enact whatever "emergency" measures they want in the name of "safety." The end result is to control the free movement of people.

The left's obsession with so-called "racism" and "equity" are neck-and-neck with COVID as a means of societal control. A key part of "equity" is to attack people who oppose it. No one is allowed to express an opinion outside the approved group-think notion that America is a place of systemic racism, and whites are racist from birth. They're blatantly marinating students from preschool to Ph.D. programs in the same lie.

"What is being done to white people is precisely what the Nazis did to the Jews," warns Paul Craig Roberts (whose credentials include assistant secretary of the U.S. Treasury under President Ronald Reagan, and associate editor and columnist at The Wall Street Journal). "First you demonize them. Then you remove them from the population. Don't think 'it can't happen here.' It's already happening. White Americans, like Jews were in National Socialist Germany, are being removed from university admissions, occupations, and promotions by racial quotas."

That's why the term "domestic terrorist" is now being used so glibly to describe anyone who isn't a far-left radical. The use of that term is no accident; it is a deliberate ploy to paint anyone who objects to the leftist agenda as not just wrong, but dangerous. As Michael Savage put it, a good patriot is now a criminal.

Through all this chaos, the left is rubbing its hands and cackling with glee. They're the ones who control the reins, so of course they approve of a social credit system. What's not to love about the notion of pounding those hateful conservatives into the dirt? What's not to celebrate about making expressions of religious faith illegal? What's not to rejoice about right-wing businesses being forced to close? As the New York Post puts it, Democrats have embraced the exact surveillance tactics they used to warn about.

In China, every keystroke is monitored by social media; every movement is recorded by millions of facial-recognition cameras; every spoken word is overheard and reported to authorities. That is coming to America with alarming speed.

I am astonished by how fast America has descended into the social credit system and vaccine passport tyranny, but I suppose I shouldn't be surprised. The leftists are in charge. Nuff said.

When America crashes and burns, when our nation becomes a dystopian hellhole like China, I ask you to remember who caused it. The meme below gives a hint. 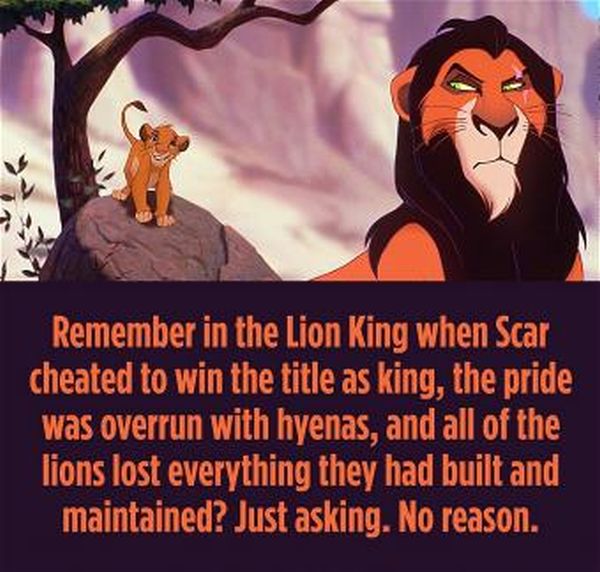