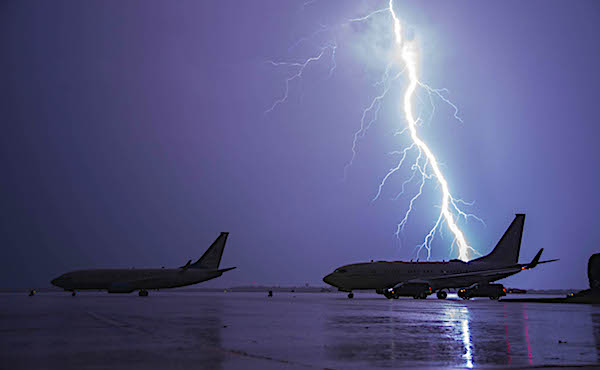 Bad weather is wreaking havoc in parts of the world. The cynical climate alarmist community hopes it will help get Joe Biden’s multi-trillion-dollar climate agenda through Congress.

“Amid summer of fire and floods, a moment of truth for climate action,” editorialized the Washington Post. So let’s look at the “summer of fires and floods.”

Yes, it has been very hot in the Pacific Northwest.  Is this global warming, as alarmists want you to believe, or just weather?

The temperature reality is that there is no trend from 1911-2020 in very hot (i.e., 99F+) days in the Pacific Northwest. That’s according to Cliff Mass, a professor of atmospheric sciences at the University of Washington and no one’s idea of a “climate denier.”

It’s out-of-control wildfire season again, which is being fueled by ongoing drought.  Climate alarmists, of course, expect the public to believe that the drought is caused by global warming. But the natural history of the West over the past 1,100 years shows that megadroughts lasting as long as 200 years are the norm rather than the exception.

And since the federal and state governments kicked out the loggers and stopped managing public lands 40 years ago, these wildfires may come back every year until there is nothing left in the West to burn. This is not global warming; it’s a combination of Mother Nature and bad government.

Then there is the catastrophic flooding from torrential rains that have hit Germany, China and India. In none of these places is such rain and flooding novel.

The region of Germany that flooded has a history of flooding that goes back to 1348, long before SUVs were invented. German towns often record this history on buildings.

And there is no trend in monsoon rains in India, per the most up-to-date recordkeeping from 1871 to 2017.

Despite these inconvenient truths, could these calamities still be due to global warming? Well, there isn’t even much of that right now.  According to the most recent NASA satellite data, the average global temperature for June 2021 was slightly below the 30-average.

But don’t expect climate and weather reality to dampen the alarm repeated over and over every day in the media.

President Biden and Democrats plan to pass a $3.5 trillion “stimulus” bill in the fall. About $2 trillion of the spending is earmarked for climate.

Although no one has seen the bill, it reportedly will include a “clean energy standard” that will set mandatory goals for wind and solar power with an aim to eliminating fossil fuels from the electricity grid by 2035.  It’s extreme spending and policy that will affect every American and not for the better. Think frozen Texas windmills and California blackouts.

Even if you believe the Democrat and media line on climate, you should realize that global emissions are going up with no end in sight according to a new report the International Energy Agency. Part of the reason that emissions will continue to rise is that new electricity demand can only be met by more fossil fuel generation, according to another new IEA report.

Both Joe Biden and John Kerry have openly admitted that unilateral US action on climate will achieve nothing. China has no plans to cut emissions and the G-20 just failed to agree on quitting coal and climate targets.

Yet Democrats nevertheless insist on massive climate spending and changes to our energy system even though there is no conceivable way they will accomplish their supposed underlying goal of controlling the weather.

Steve Milloy publishes JunkScience.com and is the author of “Scare Pollution: Why and How to Fix the EPA.”