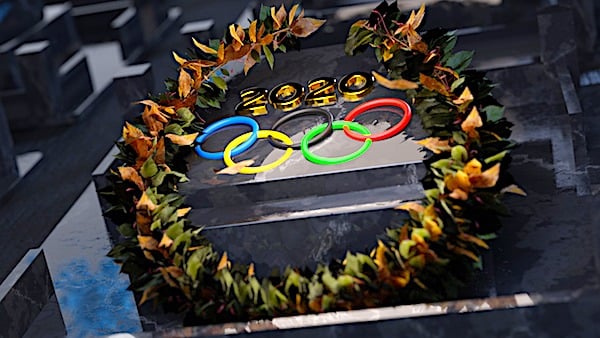 (Image by Viktar Masalovich from Pixabay)

His offense was to cheer the boycott of competitions when the scheduling formats brought a Palestinian into a match against an Israeli, because they believe to compete would "recognize Israel's existence," a PMW report said.

Rajoub praised Algerian judoka Fethi Nourine for withdrawing from the competition rather than face an Israeli.

Rajoub's comments, to a radio station, were, "There is no place for meeting with anyone who is connected to this official terror (i.e., Israel), not in sports and not outside of sports. I hope that this will be a message to all the Arabs who are normalizing and those who are rushing [towards normalizing ties with Israel]."

Rajoub followed the next day with, "This (i.e., Nourine refusing to compete against an Israeli) expresses the real and deep-rooted Algerian affiliation with Palestine, with the cause of Palestine. The best of blessings to the Algerian people and blessings to this great athlete [Nourine]. We wish you all the best, calmness, and stability."

Games officials said it was investigating and could impose sanctions against those staging such boycotts.

The International Judo Federation said, "Following the draw of the judo competition at the Tokyo 2020 Olympic Games, Fethi Nourine and his coach Amar Benikhlef gave individual statements to media announcing their withdrawal from the competition to avoid meeting an Israeli athlete. The immediate response of the IJF Executive Committee was to form an investigative commission which confirmed all the facts, leading to a temporary suspension of the athlete and the coach and assigning the case to the Disciplinary Commission of the IJF for further investigation, judgement and final sanctioning beyond the Olympic Games."

PMW explained Rajoub' openly supported a boycott of Israeli Olympians, in violation of the Charter principles 4 and 6 as well as articles 1, 1.1, 1.2, 1.3 and 1.4 of the IOC Code of Ethics.

PMW said it is seeking disciplinary measures, from the IOC, against Rajoub.

In 2018, PMW submitted complaints to the International Football Association, FIFA, against Rajoub, who is also one of the top PA leaders, which led to his suspension and being fined. Rajoub then held a press conference to attack Palestinian Media Watch, calling PMW's director "the Goebbels of the 21st century," and blaming PMW for his being fined and suspended by FIFA. He declared that Palestinian Media Watch is "waging this war [against me] on all fronts."

Rajoub, in a posted statement, said, "Unfortunately, some of them [athletes] are even rushing to make contracts with Israeli sports in the shadow of the oppression, the blockade, the complications, and the limitations that it is imposing and to which the Palestinian athletes are being subjected."

They reported Nourine even refused to shake hands with the Israeli athlete.

He, in fact, said in a statement, "There have been Olympic Games, but Allah willing, My Lord will compensate me. The announcement [of my suspension by the International Judo Federation] came out of the blue. It was a light trauma, I did not expect it, but Allah be praised, the Palestinian cause must be above all else. We will not raise the Israeli flag and will not shake their hands."

The report said, Mahmoud Abbas’ Fatah party likewise highlighted a Sudanese judoka for refusing to compete against an Israeli:

Palestinian television promoted Nourine's rejection of competition, saying, "A festive reception for the Algerian who refused to compete against an Israeli in the Olympics."

The official PA daily published a column by Muwaffaq Matar, a Fatah Revolutionary Council member, who cited the precedent-setting agreements reached by President Donald Trump between Israel as several of its Arab neighbors.

The boycotts, the editorial said, are "enough to say 'checkmate' to the normalization agreements, the Abraham Accords. … Trump wanted to pair the colonialist and racist occupying Zionist system, which is called 'Israel,' with the system of Arab regimes whose knowledge of Arabness only amounts to speaking Arabic. This is in order to create generations of hybrids in whose dictionary the terms rootedness, principles, values, and noble positions do not appear."

The Abraham Accords normalized diplomatic ties between Israel and the United Arab Emirates, Bahrain and several other Arab nations.