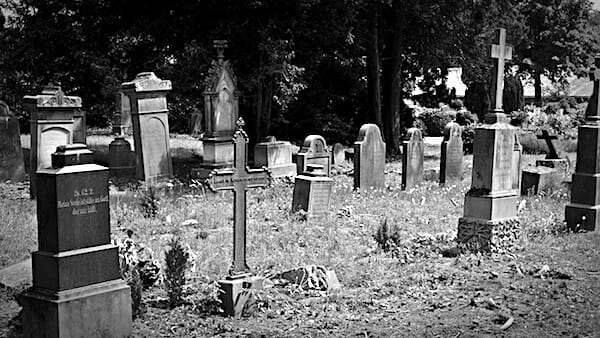 Doctors are questioning the concept of colorblindness in patient care as a racist holdover that benefits white people. And some openly acknowledge that prioritizing non-whites for medical care to compensate for historical wrongs may result in a greater loss of life. But increasingly they say that society must take this route as a matter of medical ethics.

The colorblind standard, which says that race is an irrelevant consideration in providing medical treatment, has come under intense scrutiny during the COVID-19 pandemic, which disproportionately sickened and killed people of color.

Numerous academic papers reassessed the moral logic of triage, which sets policy on prioritizing emergency care, as coronavirus deaths surged and medical ethicists grappled with the moral tradeoffs of allocating scarce resources. For example, in March 2020, when the pandemic prompted fears that overwhelmed hospitals would run out of beds and equipment, two medical ethicists proposed an ostensibly race-neutral framework for rationing ventilators to save patients’ lives.

Writing in the prestigious Journal of the American Medical Association, University of Pittsburgh bioethicist Douglas White and University of California, San Francisco, professor emeritus Bernard Lo reiterated the longstanding view that ventilators should “not be allocated on the basis of morally irrelevant considerations, such as sex, race, religion, intellectual disability, insurance status, wealth, citizenship, social status, or social connections.”

Less than a year later, race was no longer a “morally irrelevant” consideration for White and Lo. In a February 2021 paper about “mitigating inequities” in intensive care, they wrote: “Although at first glance it seems unproblematic to focus on saving as many lives as possible with scarce critical care resources, this approach may disproportionately deny critical care treatment to persons of color and the poor.”

Thus saving as many lives as possible in a colorblind manner becomes a classic example of systemic racism: a neutral standard that benefits white people. That’s because people of color, with lower life expectancies, are more likely to be downgraded in priority for emergency lifesaving measures.

“In our view, when society is substantially responsible for creating disparities through unfair social policies, there is a special obligation to prioritize disparity mitigation,” they wrote, “even if doing so results in somewhat fewer overall lives saved compared with purely utilitarian triage.”

Although White and Lo could not be reached for comment, the differences between the two papers published less than a year apart reflect the remarkable velocity of change that has occurred in medicine during the past year. Coinciding with the rise of Black Lives Matter and nationwide protests over the killing of George Floyd, the pandemic’s unequal death rates jolted medical ethicists to rethink how doctors and hospitals should prioritize the distribution of ventilators, intensive care beds and coronavirus vaccines.

The reevaluation of racially neutral standards as inherently discriminatory could ultimately expand to other areas of medicine as medical ethicists adopt critical race theory and assess the allocation of medical care through the prism of “systemic racism,” “white privilege,” and “implicit bias.”

“To achieve equitable access and distribution of care, critical race theory must be a part of the process utilized to create broad, population-focused guidelines,” four doctors wrote in a Health Affairs article last year.

According to critical race theory, facially neutral laws and colorblind social norms produce unequal outcomes that favor white people, and a socially just society should strive for fair outcomes by race by tipping the scales to help groups that lack power and privilege.

“From how research is conducted, to the policies that expand access to health care, to the protocols we use to fairly allocate increasingly scarce medical resources, we must analyze how our actions or inactions will impact racial inequities,” the doctors wrote in Health Affairs.

Others were already making the case that the traditional colorblind approach of prioritizing patients based on life expectancy is immoral because it automatically privileges white people. Decades of Jim Crow, redlining and other forms of discrimination produced the social conditions that gave whites advantages that resulted in longer lifespans. One such glaring disparity: The life expectancy in Harlem is 72.7 years, but right nearby the residents of the Upper East Side of Manhattan have life expectancies of 89 years, the four doctors noted in Health Affairs.

The black-white life expectancy in the United States differs by about 5 years for males and 3 years for females, according to federal data. Contributing factors include chronic conditions, unintentional injuries, suicide and homicide. Just last month, the National Center for Health Statistics reported that the racially disproportionate deaths caused by the coronavirus pandemic had the statistical effect of reducing the average life expectancy by 3 years for Hispanics and by 2.9 years for blacks, but just 1.2 years for white people.

The public may be receptive to race-based medicine. According to two independent online surveys conducted in September 2020, “respondents endorsed prioritizing racial/ethnic communities that are disproportionately affected by COVID-19.”

The tradeoffs involved in this moral rebalancing of competing interests encapsulate the underlying source of the tension: individual rights versus group rights. White and Lo seek to achieve the best of both worlds, but they acknowledge that improving outcomes for some groups in the name of racial justice comes with a price: It may result in a greater loss of life.

"Older populations are whiter," Harald Schmidt, an assistant professor of medical ethics and health policy at the University of Pennsylvania, explained in The New York Times in December 2020. "Society is structured in a way that enables them to live longer. Instead of giving additional health benefits to those who already had more of them, we can start to level the playing field a bit."

In May 2020, Schmidt, who is white, characterized the current health care allocation system in unflattering terms, as "a let-me-use-my-connections-and-pointy-middle-class-elbows approach.”

“Ethical, epidemiological, and economic reasons demand that rationing approaches give priority to groups that have been structurally and historically disadvantaged,” Schmidt wrote, “even if this means that overall life years gained may be lower.”

This year a number of states sought to give priority for vaccinations to black, Hispanic and other at-risk residents, but most states used proxies for race, such as the Centers for Disease Control and Prevention’s Social Vulnerability Index.

They were following the October 2020 recommendation of the National Academies of Sciences, Engineering, and Medicine. The national academies’ goal was to “ensure that special efforts are made to deliver vaccine to residents of high-vulnerability areas,” using the CDC’s Social Vulnerability Index or another similar proxy. “This would incorporate the variables that the committee believes are most linked to the disproportionate impact of COVID-19 on people of color.”

North Carolina allocated doses to counties with higher concentrations of older people and “historically marginalized populations,” according to the Kaiser Family Foundation, while California planned to reserve 40% of vaccines for residents in the most economically disadvantaged areas of the state. Vermont’s Republican governor, Phil Scott, announced an explicit race-based policy in April, tweeting that the state would prioritize vaccinations for residents age 16 and older who identify as black, indigenous or a person of color (BIPOC).

White and Lo’s updated ethics triage guidance was posted online this year by the University of Pittsburgh’s Department of Critical Care Medicine in a paper examining how scarce health resources are allocated. The guidance notes that race-conscious medical ethics is gaining traction among some physicians, a development that sets the stage for an inevitable collision with prevailing jurisprudence, because the current state of U.S. law bans affirmative action and racial preferences except under limited circumstances on a case-by-case basis.

A University of Pittsburgh spokesman said that the triage protocol is not an official university position statement, and that the school is an educational and research institution that doesn’t provide medical care.

U.S. courts have never considered a case over the use of race to allocate scarce health care resources, according to an October 2020 paper co-authored by Schmidt, who wrote that the U.S. Supreme Court is not likely to approve an explicitly race-based allocation policy. He urged public health agencies to devise proxies to achieve their intentions.

“The Supreme Court is likely to uphold racially neutral vaccine allocation criteria, which are designed to capture worse-off minorities but not explicitly,” Schmidt and his co-authors wrote. “A vaccine distribution formula, therefore, could lawfully prioritize populations based on factors like geography, socioeconomic status, and housing density that would favor racial minorities de facto, but not explicitly include race.”

Hesitating to proceed with this ethical tightrope act would amount to a dereliction of duty, the authors suggested.

“Public health agencies will have considerable discretion in rationing scarce COVID-19 vaccines,” they exhorted. “They could become agents of change toward improving social and racial justice. Or they can become complicit in allocation strategies that, once again, disproportionately favor the better-off, White majority.”

One active case study of explicit racial favoritism is a medical reparations pilot project at Brigham and Women’s Hospital in Boston that provides “a preferential admission option for Black and Latinx heart failure patients to our specialty cardiology service.”

The project, explicitly anchored in critical race theory, seeks to repay “the outstanding debt from the harm caused by our institutions, and owed to our BIPOC patients.” The two doctors, who have taught at Harvard University and are running the pilot, wrote in their description of their project in March that critical race theory has made clear that after five decades of trying colorblindness as a social ideal, the problem of racial inequality “has only worsened.”

One of the authors, Michelle Morse, is the chief medical officer of the New York City Health Department. The other author, Bram Wispelwey, is a physician at Brigham and Women’s Hospital and also co-founder and chief strategist of Health for Palestine.

“The stubborn persistence of racial inequities – both in health care and across society at large – gives the lie to the effectiveness of colorblind policies,” they wrote.

They acknowledge that offering preferential care based on race may prompt legal challenges, but they say there is ample evidence that the current societal systems “already unfairly preference people who are white.” They further note: “Our approach is corrective and therefore mandated.”