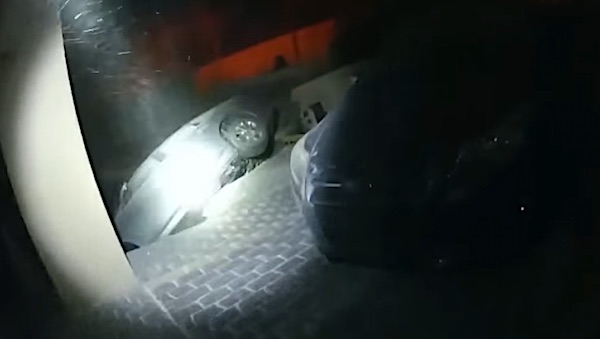 “There’s a lot of dust. I can barely see anything,” a Surfside Police officer said, video shows. “Is anybody there? This is huge. I mean, humongous. It’s gone. The whole back of the building is gone.” The Champlain Towers South condo collapsed on June 24, 2020, at around 2:00 a.m.

One of the Surfside police officers in the video used their flashlights to get a better view of what happened through the dust.

People are heard yelling on video “please help” near the building’s garage as an officer runs to the scene.

“A lot of dust, I can barely see anything,” the officer said over his radio, before responding to the cries for help. “Are you ok? There’s anybody down there injured?”

Authorities confirmed the identity Estelle Hedaya, 54, the final victim from the condo collapse in July.

A local judge reportedly said in July that families of casualties and victims involved in the collapse will receive an initial compensation of $150 million.

“The court’s concern has always been the victims here,” Miami-Dade Circuit Judge Michael Hanzman stated during a hearing in July. Hanzman also said visitors and renters will receive compensation along with condo owners.

Republican Gov. Ron DeSantis said in July he would not commit to any state action to address concerns about aging buildings. He said that condominiums are “kind of a dime a dozen, particularly in southern Florida” and that the Champlain Towers South condominium complex “had problems from the start,” according to The Miami Herald.

DeSantis will not support a requirement that aging buildings throughout Florida be recertified. Miami-Dade and Broward are the only counties in Florida that mandate aging buildings have an inspection after 40 years.

A video released in July appeared to show water leaking from the condo minutes before its collapse. Adriana Sarmiento and her husband heard a noise from their resort and found the water leakage.

Sarmiento stated that she tried to warn residents but was not taken seriously.

The official who gave the building a clean bill of health in 2018 was put on leave in June from his current job as the interim building official for Doral, Florida, The Wall Street Journal reported.

An email chain was released showing that a Chaplain Towers South board member had forwarded a report in November 2018 to Rosendo Prieto, building official in Surfside, that cited a “major error” in its design that allowed water to pool near the base of the building, and warned of “major structural damage,” according to the WSJ.