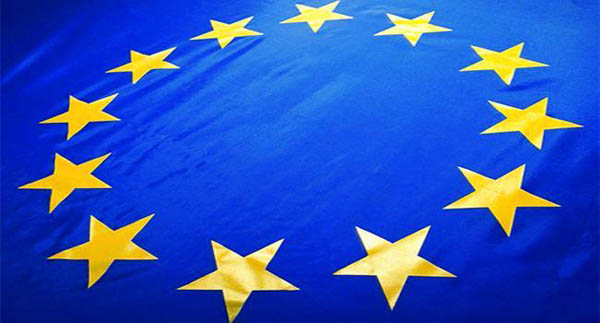 The European Union has made its position on Iran abundantly clear. The attendance of senior EU official Enrique Mora at the inauguration of Iranian president Ebrahim Raisi demonstrated that Brussels will pursue a policy of engagement with and concessions to the Islamic Republic rather than siding with the Iranian people in their struggle for freedom.

The EU occasionally pays lip service to the cause of human rights in Iran, but its policy has consistently empowered the Islamic Republic. European officials are loath to apply pressure on the regime, tolerate the assassination of exiled dissidents on European soil, and try to ignore events in Iran, including mass demonstrations, labor strikes, and the regime’s jailing and torture of opponents.

The goal of EU diplomacy is to revive at all costs the 2015 nuclear deal with Iran known as the Joint Comprehensive Plan of Action (JCPOA). Mora’s presence in Tehran underscores that message – he is Brussels’ point-man in Vienna, coordinating talks between the United States and Iran.

Mora’s conduct in Vienna and in Tehran has provided another shot in the arm to the Iranian regime’s effort to secure the legitimacy it does not warrant. Turnout reached a historic low in the transparently rigged election that elevated Raisi to the presidency. Voters knew their next president would be man a responsible for the execution of thousands of political prisoners.

Even in Vienna, Mora has shown more sympathy for Tehran than for its victims.In June, he appeared to approve the Austrian government’s  prevention of  peaceful Iranian dissidents from protesting outside the Grand Hotel Wien against the Iranian nuclear talks.

While the EU fears that holding Tehran accountable could undermine the current talks, the Islamic Republic has busied itself kidnapping German-Iranians, Austrian-Iranians, Swedish-Iranians and British-Iranians to force additional concessions from European leaders.

This feebleness emboldens the regime in Tehran, giving it every reason to kidnap or even murder more dissidents in the West. Last December, the regime abducted and executed the French resident and Iranian dissident Ruhollah Zam after luring him to Iraq. Tehran hanged Zam for his work operating the Telegram channel called Amadnews that exposed widespread corruption within the regime.

The Biden administration did not take a position on Mora’s visit to Tehran when it should have issued a strong condemnation. Nor has Biden not paused his own efforts to revive the nuclear deal despite the FBI uncovering Tehran’s plot to kidnap Iranian-American activist Masih Alinejad, a New York resident. Like the EU, the Biden administration has proven desperate to salvage the JCPOA.

Raisi and his master, Supreme Leader Ayatollah Ali Khamenei, can rest assured that there will be no price to pay for any violence they deem necessary to keep the regime in power, such as  gunning down as many as 1,500 protesters such during mass demonstrations in November 2019. Mora and his bosses prefer not to challenge a weakening and vulnerable yet dangerous Islamist regime.

Both the EU and the White House may soon realize that a return to the JCPOA and appeasing the regime are both losing strategies.

Raisi is likely to drive a harder bargain with the Biden administration in the nuclear talks, knowing that Tehran’s provocations, including its July 29 attack on the Mercer Street commercial tanker in the Gulf of Oman, will go unpunished. The regime is likely to see Mora’s visit and the West’s general passivity as a green light to continue its aggression at home and in the region.

If European leaders want to protect their own citizens and prevent terror attacks on European soil, they should swiftly sanction the officials and organizations involved in the hostage-taking and execution of EU and British citizens. They should also demand the immediate release of the surviving hostages as a pre-condition to the next round of nuclear talks in September.

It is time for U.S. and European leaders to recognize that an unconditional commitment to nuclear diplomacy led them to sacrifice their concern for human rights in Iran and even on their own soil. Yet this trade-off did not secure a better nuclear deal, or even a decent one. Instead, it encourages Iran to escalate its repression while demanding ever more concessions at the negotiating table.

Alireza Nader is a senior fellow focusing on Iran and U.S. policy in the Middle East at the Foundation for Defense of Democracies (@FDD), where Benjamin Weinthal is a research fellow. Follow them on Twitter @AlirezaNader and @BenWeinthal. FDD is a Washington, DC-based, nonpartisan research institute focusing on national security and foreign policy. The views expressed are the author's own.