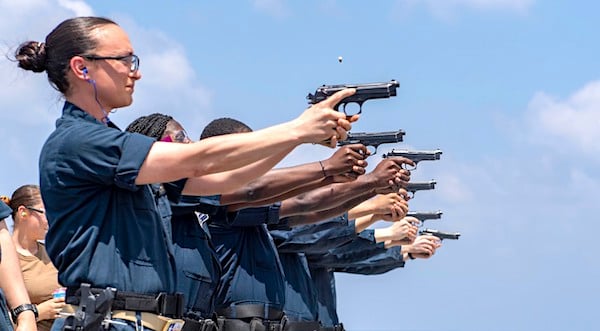 On July 1, the Biden administration halted the use of the federal death penalty, reversing the Trump administration’s 2020 resumption of executions. The announcement of a moratorium pending a review of “policies and procedures” is less permanent than legislative abolition, but it is unlikely the president could get Congress to end the death penalty. Many Americans support capital punishment; in fact, our research shows that public support for the death penalty is even greater than commonly reported.

Public opinion changes more on some controversial issues than on others. For example, as measured by the Gallup organization, opposition to same-sex marriage declined from nearly 70% in the late 1990s to just about 30% today. In contrast, the percentages of Americans identifying as “pro-choice” and “pro-life” have hardly changed in the last twenty years, with Americans nearly evenly divided. The standard ways of asking about the death penalty have made it look more like same-sex marriage, with large changes in public opinion over the past two-to-three decades, than it looks like abortion. Many have expected that the United States is nearing a tipping point at which opposition to the death penalty will overtake support for it.

The Pew Research Center recently reported that 60% of Americans support the death penalty for murder. Gallup, which has been asking Americans about capital punishment since the late 1930s, gauges current support at 55%. These are clear majorities but well below the modern peak of around 80% in the mid-1990s. Political choices have begun to reflect this systematic decline in support. Despite championing the death penalty in the 1990s, President Biden joined nearly every other Democratic presidential candidate in calling for its abolition in his 2020 campaign. Virginia (in 2021) and Colorado (in 2020), both states trending towards the Democratic Party, recently abolished the death penalty.

Although the two of us disagree about whether capital punishment should be public policy in the United States, we agree that a nuanced approach is required for understanding public opinion on this issue. The standard type of death penalty question, asked over and over again for more than half a century, leaves policymakers, scholars, and citizens with an incomplete picture of support, or potential support, for the death penalty. We are far from the first to observe that the answer you get depends on the question you ask. We have begun a project, though, of systematically trying to understand what these different responses can tell us about how many American voters support capital punishment.

Except for specifically federal crimes such as treason and espionage, only aggravated murders specified in state and federal law may result in death sentences in the United States. Furthermore, among those eligible, prosecutors must decide whether to seek the death penalty and juries must agree after weighing all the evidence, including any mitigating factors introduced by the defense. Advocates and opponents disagree about how well this system works, but we wanted to know what the public thought about the appropriateness of the penalty for more aggravated murders. We suspected that some of those who do not favor the death penalty for “a person(s) convicted of murder” may favor it for those convicted of especially aggravated murders.

For example, one of the federal death-row inmates executed in 2020 had, according to the Department of Justice, “raped and murdered a 16-year-old girl and then dismembered, burned, and dumped the young girl’s body in a septic pond. He also was convicted in state court for using a claw hammer to bludgeon to death an 80-year-old woman who suffered from polio and walked with a cane.” Just weeks prior to announcing the moratorium, the Biden administration caused an outcry among death penalty opponents by asking the Supreme Court to reinstate the death penalty for the surviving Boston Marathon bomber, who killed several people and injured hundreds. Someone who opposed the death penalty for more typical murders might agree that some crimes, perhaps like these, are so abhorrent as to merit death.

In June 2019, we put death penalty questions on a survey of 5,068 registered voters conducted online by YouGov, a survey company commonly used by social scientists. We had a national sample and then oversamples from a couple of key states; all of this data is weighted to make the sample as representative as possible (this is standard practice); the error on the total weighted sample is ±2%. For this survey, respondents had an opportunity to opt-out of answering the death penalty questions: 4,688 continued on to answer them. What did we find?

For our second question, we asked respondents whether they favored the death penalty for any of fifteen specific types of murder commonly found in death penalty statutes and among those sentenced to death in the United States. Almost half of the respondents who opposed the death penalty on the first question, when given this list, selected at least one crime from it. Of all the respondents who answered these questions: 86% selected at least one crime, including 80% who selected “raping and murdering a child” and 75% who selected “killing dozens of people as part of a terrorist attack.” At the low end, only 49% selected “killing someone in the course of a robbery.”

Some of the best existing work on the death penalty makes the argument that public support for the death penalty rises or falls in response both to the tone of media coverage and crime rates. In particular, there has been a great deal of discussion about the practical application of the death penalty; in Attorney General Garland’s memorandum outlining the new Moratorium, he cited “serious concerns” such as “arbitrariness in its application, disparate impact on people of color, and the troubling number of exonerations.” These sorts of views could potentially explain the difference between support in theory and support in practice.

Our October 2020 survey focused on exploring those differences and on checking the results of June 2019 survey. Again administered by YouGov, this survey had 4,625 respondents; for the death penalty questions, though, the sample was split into four parts, and respondents randomly assigned to each when they took the survey. Our control group mirrored the 2019 survey: Those 1,154 respondents (with an error of ±3.9%) got the same first question we asked in 2019, although we did not provide the opt-out screening question. Still, 72% of the respondents supported the death penalty for “most or all” murders or at least some aggravated murders. We then presented a list of five specific murder types; at least 80% selected one, with raping and murdering a child still having the highest support (74%). A third question asked if respondents would like to retain or adopt the death penalty in their state, somewhat similar to our California question from 2019. Nationally, 60% said they wanted to have the death penalty — on par with the current Pew numbers, and also what we found in the quarter of our sample where we asked a Gallup-style question in place of our own.

We used the other two parts of the sample to repeat our first question but followed this with text intended to prompt the respondents to think either about the families of murder victims or the possibility of executing innocent people. (This is called a “survey experiment.”) There are some slight, but not meaningful, differences between these groups on the first question, and answers on the second and third question were very similar across all of the groups in the 2020 survey.

Framed this way, there is more support for the death penalty than the 55% (Gallup) or 60% (Pew) numbers might suggest. This is not to say those numbers are “wrong” (with similar questions, we find similar results), but just that they understate death penalty support for the kinds of aggravated murders that make an offender eligible for capital punishment in American states. If a substantial proportion of death penalty “opponents” — as measured by Gallup and Pew — actually approve, at least theoretically, of the death penalty in some cases, their opposition is much softer than might be assumed. As prior research on this subject has demonstrated, changing crime rates or different media coverage might drive up support again, and these types of voters could potentially be satisfied with laws that focused on a few highly aggravated murders, provided special safeguards against mistaken convictions, or had other features to mitigate their concerns about implementation. Truly committed opponents are a small minority of voters.

The Biden administration’s new policy satisfies neither the most committed opponents (“Do we really need another study to document the death penalty’s brutality and its crippling flaws?”) nor advocates for the death penalty (“Most Americans believe that deranged, unrepentant murderers like these deserve to pay the ultimate price. The Biden administration apparently disagrees, but obscures its judgment behind proceduralist misdirection.”). It does, though, seem to attempt to engage the views of voters who are, themselves, split between theoretical support and practical opposition.

Our 2020 survey included a free response section; for the control group, we just asked for what came to mind then they thought about the death penalty. One respondent — who subsequently selected that they opposed the death penalty — wrote: “The death penalty should be used very rarely for people like war criminals, where there is very clear evidence that the person is responsible. It should not be used on regular working class people especially since innocent people have been put to death wrong.” Another — who supported the death penalty — wrote: “I’m not opposed to the death penalty, but I am opposed to the obvious bias against defendants of color. Their populations on death row are way out of line with the % of the general population.” Fighting and arguing over this contested ground — people who favor it in one sense, but worry about it in another — will determine what the ultimate levels of support turn out to be for any particular action the government takes.