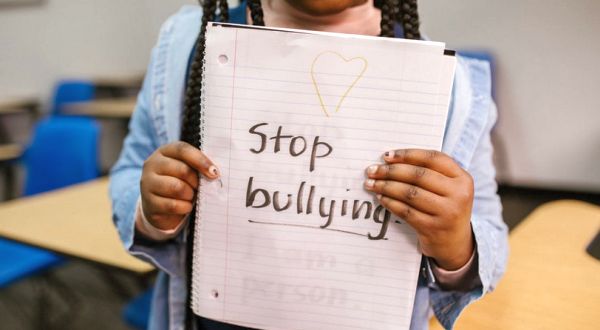 An "association of bullies," the National Education Association, is using its $300 million budget to sue a lone Rhode Island mom who had the nerve to ask what her daughter would be taught in kindergarten.

The attack on Nicole Solas is being addressed by the Goldwater Institute, which is working on her behalf.

"The NEA is so determined to push its political agenda that they are willing to expose themselves in a court of law for who they really are: an association of bullies eager to challenge a stay-at-home mom who simply wanted to know what her daughter would be taught," Solas explained.

"This lawsuit won’t deter me from asking questions, and I encourage all parents to do the same, so that they are empowered to make informed decisions regarding their children’s education."

Jon Riches, director of national litigation for the institute, explained, "This brazen and unprecedented act of intimidation by the NEA will not stand. Nicole Solas is entitled to know what her daughter’s school is teaching in the classroom. She’s entitled to ask questions. And she does not deserve to face legal action just for asking questions any concerned parent would ask."

Solas, concerned like many parents about the move toward politically biased curriculum in schools, had emailed the principal of her school in the South Kingstown School District asking for the kindergarten curriculum.

Specifically she wanted to know if it would include teaching children those political biases.

Has the National Education Association turned into an association of bullies?
100% (464 Votes)
0% (0 Votes)

"She immediately faced stonewalling from the school, and even a threat of legal action for asking too many questions. Ultimately, Nicole received a bill for $74,000 to fulfill a public records request filed by the Goldwater Institute on her behalf in July," the institute said.

"If that were not enough, Nicole is now facing an unprecedented lawsuit by the NEA, a veritable goliath of a public sector union, representing over 2.3 million people nationwide. She is under attack with the costs and expenses associated with defending herself in a lawsuit for simply acting as a conscientious parent," the institute continued.

"This is not the first time that the NEA has shown that it’s more concerned with politics and indoctrination than actually helping kids learn and succeed. At the 2019 Representative Assembly of the NEA, the union’s delegates voted down a proposed resolution that called on the organization to 'rededicate itself to the pursuit of increased student learning in every public school in America by putting a renewed emphasis on quality education' and 'make student learning the priority of the Association.'"