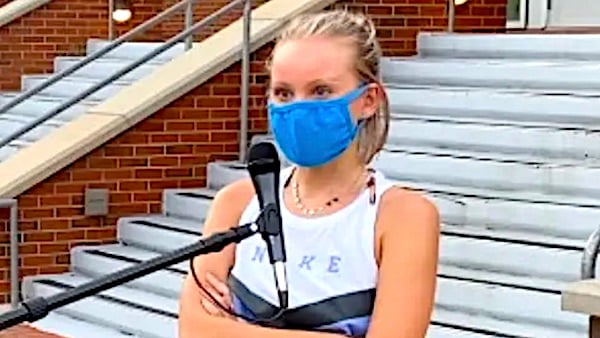 The Paris Independent School District’s board of trustees voted to make the changes because it “believes the dress code can be used to mitigate communicable health issues, and therefore has amended the PISD dress code to protect our students and employees,” according to a post on its website.

Abbott‘s executive order states that “no government entity, including a county, city, school district and public health authority” or “any public or private entity that is receiving or will receive public funds” will be able to require masks.

Failure to comply comes with a fine of up to $1,000, but private businesses are exempt from the order.

#BREAKING Paris ISD (Texas) will require masks as a part of their dress code after a Board of Trustees decision tonight. Are they the first to find a loophole in @GovAbbott‘s order about mask mandates? pic.twitter.com/FfB9HeecVh

“The Texas Governor does not have the authority to usurp the Board of Trustees’ exclusive power and duty to govern and oversee the management of the public schools of the district,” the Paris school district wrote. “Nothing in the Governor’s Executive Order 38 states he has suspended Chapter 11 of the Texas Education Code, and therefore the Board has elected to amend its dress code consistent with its statutory authority.”

Chapter 11 states that “the board of trustees of an independent school district may adopt rules that require students at a school in the district to wear school uniforms if the board determines that the requirement would improve the learning environment at the school.”

About 4,000 students are enrolled at the eight campuses in the school district about 100 miles northeast of Dallas, according to the National Center for Education Statistics.

Abbott confirmed he had tested positive for a breakthrough case of COVID-19 on Tuesday, as his state experiences a 44% surge in cases over the last 14 days, according to The New York Times’ COVID-19 tracker.

Content created by The Daily Caller News Foundation is available without charge to any eligible news publisher that can provide a large audience. For licensing opportunities of our original content, please contact [email protected]g.