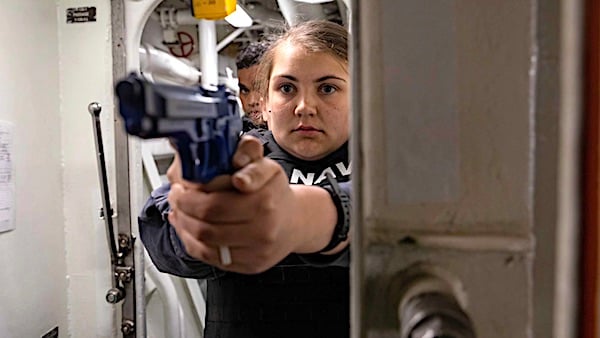 A new friend-of-the-court brief filed with the U.S. Supreme Court is raising the question of whether it is a police official – or a citizen – who decides whether that citizen is in danger and needs to be armed to protect himself or herself.

The Rutherford Institute said it has filed the brief in the case N.Y. State Rifle & Pistol Assn. v. Bruen.

In that case, the disagreement focuses on New York's insistence that its officials determine who should be allowed to protect himself. The state claims its officials should be able to pick and choose which class of citizens is worth of self-protection.

"When considered in the context of prohibitions against the government, the Second Amendment reads as a clear rebuke against any attempt to restrict the citizenry's gun ownership. As such, it is as necessary an ingredient for maintaining that tenuous balance between the citizenry and their republic as any of the other amendments in the Bill of Rights, especially the right to freedom of speech, assembly, press, petition, security, and due process," explained constitutional attorney John W. Whitehead. "In this way, the freedoms enshrined in the Bill of Rights in their entirety stand as a bulwark against a police state."

New York state lawmakers adopted the Sullivan law years ago, in light of a surge of European immigrants there. That law made it unlawful to possess any firearm anywhere without a license and gave government officials broad discretion to decide who could obtain one.

The Institute explained the statute was used to deny immigrants in the early 20th century the ability to possess firearms, and it has remained on the books. New York State residents are required to have a license to possess a firearm and are entitled to a license unless good cause is shown. However, even persons with a license may not carry a firearm outside their home unless they obtain another license to do so, and then only if they can show "proper cause" for carrying a gun outside the home, the Institute explained.

When two residents of the state requested a license to carry a firearm – citing a string of robberies and crimes where they lived – the state refused.

The state said they had to provide "special need" for permission to protect themselves.

"These residents and a state association representing firearms owners challenged the law, asserting that it violates the Second Amendment by requiring that persons show 'proper cause' for carrying a firearm outside the home," the Institute said.

The filing explains the Supreme Court, essentially, already has decided the dispute.

"This court's decision in Heller leaves no doubt that the Second Amendment guarantees the 'individual right to … carry weapons in case of confrontation,'" the filing said. "Under the court's strict scrutiny jurisprudence, a regulation that burdens a fundamental right is lawful only if the regulation is 'the least restrictive means of achieving a compelling state interest.'"

Laws reviewed this way must be "narrowly tailored to serve a significant government interest," the filing said. "The government bears the burden of proving the fit between the challenged infringement on a fundamental right and the governmental interest justifying the infringement."

The amendment states "The right of the people to keep and bear arms, shall not be infringed."

The filing noted, "The court's jurisprudence makes clear that 'the people' does not mean 'some people' or 'certain people.' Rather, the fundamental rights secured by the First, Second, and Fourth Amendments duly accrue to all of 'the people.'"