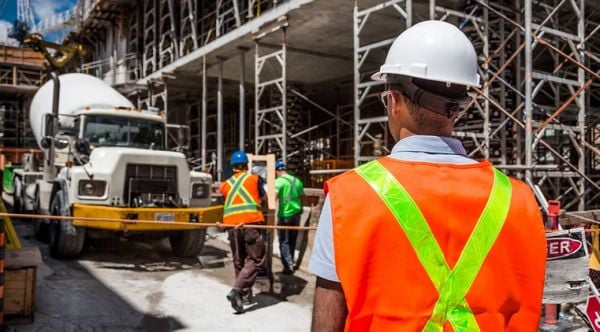 Job openings surged past 10 million to an all-time high in June even as states ended COVID-19 restrictions on business, the Labor Department said Monday.

U.S. job openings spiked to 10.1 million while businesses reported a massive 6.7 million hires in June, according to the Department of Labor data. But the number of layoffs, firings and resignations increased to an estimated 5.6 million.

The percentage of total U.S. jobs that haven’t been filled rose to 6.5%, according to the report. The largest increases came in the business, retail and food services sectors, which altogether had 481,000 job openings.

A record 49% of small business owners said they had job openings that couldn’t be filled and 93% reported few or no qualified applicants for open positions, according to the NFIB July jobs report. Less than half of small businesses said it was easy to find candidates, a July Chamber of Commerce report showed.

“We are so desperate for workers that if 15 people showed up at our front door tomorrow morning with work boots on and a willingness to landscape, we’d give them the keys to a truck and put them right to work,” said Ian MacLean, the president of a Texas landscaping company and chair of the U.S. Chamber Small Business Council.

In July, the U.S. economy added nearly one million jobs, beating economists’ expectations. However, the national unemployment rate stayed at the relatively high level of 5.4%.

The labor force participation rate, which measures how many Americans are either working or looking for work, only increased slightly from 61.6% to 61.7% in July compared to the higher pre-pandemic level of 63.4%. While Labor Department data provides that as of July, 152.6 million Americans were employed, February 2020 data showed more than 158.7 million Americans employed.

Republicans and businesses blamed the labor shortage, which has worsened in recent months, on the generous federal unemployment benefits implemented in the March coronavirus stimulus package. More than half of all states withdrew from the program, but many of the most populous states opted to remain in it until it expires in September.

“After fighting through severe stress and financial hardship, many North Dakota businesses that survived the pandemic are now facing an unprecedented labor shortage as they attempt to recover,” Republican North Dakota Gov. Doug Burgum said in a statement announcing his state’s exit from the program.

“These federal unemployment programs were meant to supplement state benefits and provide short-term relief for displaced and vulnerable workers, and these programs have accomplished their goals but are now counterproductive,” he continued.

President Joe Biden repeatedly downplayed concerns that the federal program is triggering a labor shortage during a June press conference, but admitted less than one month later that businesses struggling to find workers would be “in a bind” for a while.