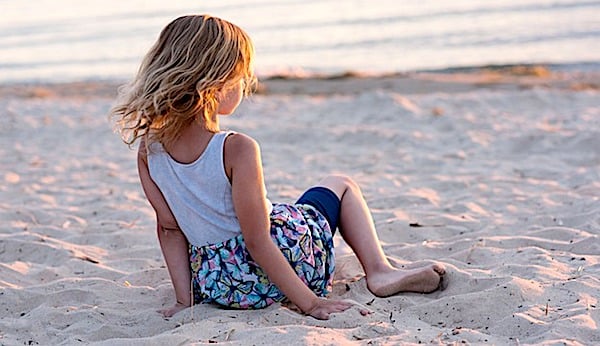 President Joe Biden and his Democratic Party want to pay teachers across America to "brainwash your children with unabashed CRT-laced propaganda," warns James Dobson, the founder of the James Dobson Family Institute and chief of FamilyTalk radio programs.

Dobson, who has advised five presidents on family issues, has authored dozens of books and was inducted in 2008 into the National Radio Hall of Fame, previously had warned that society was assaulting children, and they needed to be defended.

In his August newsletter, now online, he cites the new promotion from Biden's Department of Education to give federal money to "education contractors who promote 'racially, ethnically, culturally, and linguistically responsive teaching and learning practices.'"

That, he said, also could require the Education Department to prioritize social-studies curriculum that teaches students Critical Race Theory, about "systemic marginalization, biases, inequities, and discriminatory policy and practice in American history."

"In other words, our government will pay educators to brainwash your children with unabashed CRT-laced propaganda. We cannot allow this to happen on our watch!" he said.

He said the problem is the left's ongoing advocacy for "what is called Critical Race Theory," which is a movement that is trying to take over government, military, public education, economic and church institutions "and a generation of children."

Describing the agenda as being driven "by a godless, Marxist worldview that interprets everything in life through a radical racial lens that divides people into two groups—the oppressors and the oppressed," he said it's the very opposite of Christianity, which "compels us to love people without prejudice, regardless of race or the color of one's skin."

CRT, he warned, is intended "to fracture us as a nation and teach our children to hate and distrust one another. This radical ideology instructs us to despise America, its founding fathers, its Constitution, and the republic framework of our governance. When added to the warping of children with LGBTQ ideology, transgender teachings, and other Leftist concepts, you might understand why I am convinced this curriculum represents the greatest threat to the institution of the family in the history of this nation."

Is government trying to brainwash your children instead of educating them?
99% (450 Votes)
1% (6 Votes)

He warned through the political agenda, "We are literally teaching our youngest kids to hate themselves and the nation they call home. In so doing, we are stripping away a child's inherent and God-given self-worth and spewing hatred in its place."

He went on: "Sadly, the Biden administration and the Democrat party are largely responsible for unleashing the lies of CRT upon America. In a recent survey conducted by the Center for the Study of Partisanship and Ideology, they found that only 6% of Republicans were in favor of CRT while 86% of Democrats were supportive of it. Interestingly, Americans as a whole reject CRT, with 58% holding an unfavorable view. As Americans, we should know better than to flirt with this Marxist dogma and most of us still do!"

He pointed out that opposition already has developed, with elected officials in Florida, Idaho, Georgia, Texas, Arkansas, South Dakota, and Arizona taking a stand.

But arrayed against them are the forces of the federal government, as under Biden the Department of Education has proposed paying for such propaganda.

He said the nation must recognize CRT for what it is: "an assault against the very founding liberties upon which our country was built."

Then people must demand their legislative representatives oppose its "fundamental lies."

And finally, children must be taught to reject CRT's lies.

He said, "The greatest gift a parent can give to this dark world is an adult who can think critically, can discern truth from lies, and understand and practice virtue. Children are still our greatest natural resource, and we need them to come of age as educated, morally sound citizens."