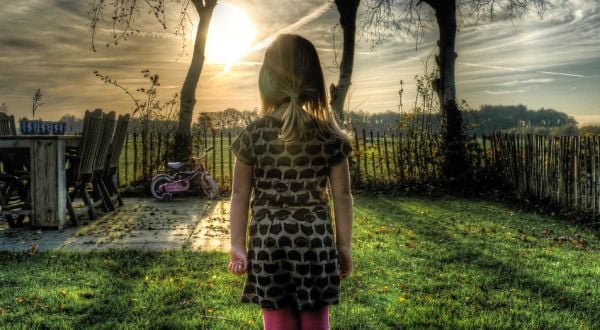 The Department of Justice on Friday revealed that a 42-year-old woman from Iowa has been sentenced to 25 years in prison for trying to drive over two children, ages 12 and 14.

Authorities said Nicole Poole Franklin, 42, was sentenced by U.S. District Judge Stephanie M. Rose to 304 months in prison on each of the two counts of hate crimes.

The sentences are to run concurrently with each other and with a state prison term, too.

"Nicole Poole Franklin attempted to kill two children because of the way they looked and where she believed they came from," explained Kristen Clarke, of the DOJ's Civil Rights Division. "This kind of egregious racial violence and hatred has absolutely no place in this country and will not be tolerated by the Justice Department."

Court records revealed that Poole Franklin twice on Dec. 9, 2019, tried to run down a child who was walking on the sidewalk.

The first happened on Creston Ave. is Des Moines.

"Upon seeing the children and believing that the victim was of Middle Eastern or African descent, Poole Franklin drove her vehicle over the curb towards both children, striking one of them. Poole Franklin then drove away from the scene," the DOJ said.

The child sustained cuts and bruises.

Then half an hour later, Poole Franklin was driving near Indian Hills Junior High School in Clive, Iowa, where the second child-victim was walking on the sidewalk.

The woman, "believing that the child was Mexican, drove her vehicle over the curb and struck the victim, causing serious injury, including a concussion, bruises, and cuts," the DOJ said.

She was arrested later that day.

"Nothing can be more devastating to the American dream of equal rights than the actions of Poole Franklin on a hate filled Dec. 9, 2019, as she callously attempted to run over and kill a 12-year-old boy and a 14-year-old girl - two minors who had done nothing wrong other than innocently walk on a street and happen to be of a different race and skin color from Poole Franklin," said Richard D. Westphal, a federal prosecutor.

"Her actions temporarily shattered, but did not permanently defeat this dream because these two courageous victims, and their amazing families, continue to epitomize the hopes of what our society can be."

Bob Unruh
Bob Unruh joined WND in 2006 after nearly three decades with the Associated Press, as well as several Upper Midwest newspapers, where he covered everything from legislative battles and sports to tornadoes and homicidal survivalists. He is also a photographer whose scenic work has been used commercially.
5th Circuit allows Texas' abortion law to stand, again
School backtracks on Holocaust instructions, now says there AREN'T 2 sides
Rubio calls on Biden to fire Kerry over use of 'slave labor'
Biden flip-flops, now reinstating Trump's 'remain-in-Mexico' policy
Police documents show 'no good reason' for shooting of Ashli Babbitt
See more...