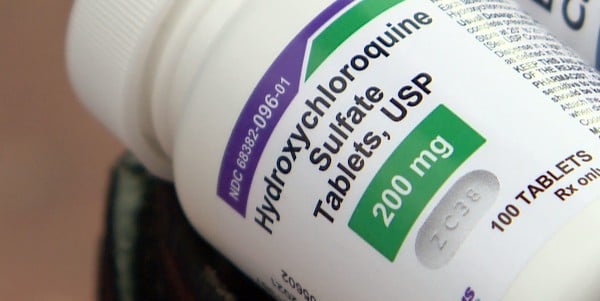 Sky News Australia has been suspended by YouTube for a week following a review of old videos, according to a statement published by the outlet.

In a statement, Sky News criticized the temporary suspension of its popular YouTube channel, which prohibits the outlet from uploading new videos or livestreams for one week under the platform’s three strikes system. The suspension reportedly followed a content review over compliance with the tech giant’s policies on COVID-19, which Sky News claimed is subject to change as guidance from global or international authorities evolves.

“Sky News Australia acknowledges YouTube’s right to enforce its policies and looks forward to continuing to publish its popular news and analysis content back to its audience of 1.85 million YouTube subscribers shortly,” the news outlet’s statement said.

“We have clear and established COVID-19 medical misinformation policies based on local and global health authority guidance, to prevent the spread of COVID-19 misinformation that could cause real-world harm,” a YouTube spokesperson told the Daily Caller News Foundation. “We apply our policies equally for everyone regardless of uploader.”

“Specifically, we don’t allow content that denies the existence of COVID-19 or that encourages people to use Hydroxychloroquine or Ivermectin to treat or prevent the virus,” YouTube added. “We do allow for videos that have sufficient countervailing context, which the violative videos did not provide.”

Sky News said it rejects the implied notion that any host has denied the existence of COVID-19 and said videos expressing those views were never published or removed.

Sky News said YouTube responded to media requests over its “denial of COVID-19” policies and didn’t mention that phrase in later media statements.

“We support broad discussion and debate on a wide range of topics and perspectives which is vital to any democracy,” a spokesperson for Sky News said. “We take our commitment to meeting editorial and community expectations seriously.”

Jack Houston, Sky News’ digital editor wrote an opinion piece on its site that took a more critical stance than the company’s statement.

“Sky News Australia has been temporarily suspended from posting on the Google-owned platform YouTube for publishing opinion content the tech giant disagrees with,” Houghton wrote. “Among the videos deemed unpalatable for societal consumption were debates around whether masks were effective and whether lockdowns were justified when considering their adverse health outcomes.”

Houghton said “another issue is that YouTube’s approach to policing debate around COVID-19 policies appears arbitrarily focused against conservative voices,” and cited misleading or allegedly incorrect statements made previously by both the director of the U.S. National Institute of Allergy and Infectious Diseases, Dr. Anthony Fauci, and President Joe Biden.

“It is hard not to look at some of these tech giant censorship decisions as being based on one factor, the political persuasion of the person making the comments,” Houghton said.

He went on to make the case that political leaders will be free to act without justification or necessary scrutiny from the public if this kind of action by big technology forms continues. “You have a right to debate Australia’s COVID-19 policies. Science, and the government’s response to that science, are two very different things,” Houghton said.

Sky News host Peta Credlin asserted Monday that Silicon Valley and big tech were more powerful than lawmakers in Australia’s capital of Canberra in light of the news of YouTube’s decision to suspend SNA’s channel.

“Welcome tonight to an Australia where the news and views you are allowed to view and listen to, are determined by a private U.S. tech company outside the reach of our laws and regulations,” she said. “I’ll be damned if I stay silent and let some unelected Silicon Valley billionaire call the shots in this country. If you still believe in free speech and our country, I hope you feel the same too.”

Sky News YouTube channel has published over 20,000 videos in the past year and has more subscribers on the platform than ABC News, the statement said. It reaches more than a third of all Australians each month and is more popular on YouTube than all three of Australia’s commercial news network channels combined.

Sky News Australia did not respond to the Daily Caller News Foundation’s request for comment.