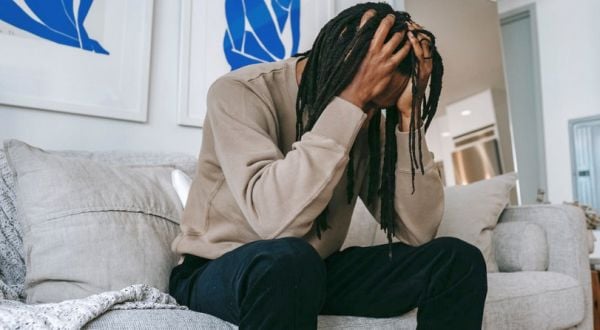 Buyer's remorse is that sinking feeling people get when they've made an impulse decision or purchase, and reality hits. It can bring on cold sweats from the possible trouble coming, and worse.

And that's what one-fifth of the likely voters now have about their decision to support Joe Biden for president, according to a new poll from Zogby Analytics.

"On the surface it doesn't seem like much, especially if you look at the three quarters of likely voters who did not regret their vote; 4% were not sure how they felt," the polling company reported.

"Why does this matter? If you take into consideration the size of the electorate, and how the last two presidential elections (2016 and 2020) were decided by tens of thousands of votes in a handful of battleground states, this could really hurt President Biden's chances in 2024," the report said.

"One still gets the sense his ship is sinking fast, and he might not have any lifeboats aboard to save him. Biden's low approval numbers, the botched withdrawal of American troops from Afghanistan, and inflation eating away the purchasing power of Americans are the president's biggest problems now."

Those problems are not the only ones, however. He's created a crisis on the southern border by canceling the various immigration policies instituted by President Trump, such as the border wall construction. Biden tried to cancel Trump's successful "Remain in Mexico" program, but was stopped by the courts.

He's allowed inflation to surge, hitting Americans in their pockets every day as they purchase food and fuel. He's turned an energy exporting nation into one dependent on foreign supply chains.

He's tried to foist upon the republic a government program to run all elections, he wants taxes raised massively, he is demanding an abortion-for-all agenda be supported, his supporters openly have opined about the destruction of the Supreme Court with a "packing" program, and more.

And that's above and beyond the evidences of senility, or dementia, he's exhibited. Just this week he confessed he couldn't respond to a question because his mind had "gone blank." Nor does it account for the many, many scandals that have come to the president through his son, Hunter.

Zogby said "some very important groups, who normally lean left and Democrat" had significant regrets for their support for Biden, whose victory in 2020, in fact, could be attributed to a few thousands of votes out of the 150 million plus who reportedly voted, spread across a handful of swing states.

Biden reportedly got 80 million votes in 2020, but taking away 20%, or 16 million, would have left President Trump with a landslide victory.

In fact, a survey just months ago, commissioned by the Media Research Center, found one in six Biden voters in seven swing states said they would not have voted for the Democrat if they had been aware of one or more of the news stories presented to them.

The poll, conducted by The Polling Company, asked voters about eight news stories that "the liberal news media had failed to cover properly."

"The most basic principle of our electoral system is that our leaders are chosen by the people themselves," MRC said. "But if the people are given systematically one-sided information, with crucial facts omitted, then the real power to choose has been stolen from them."

Five of the eight stories were about Trump accomplishments that were suppressed by media.

The percentage of Biden voters who were not aware of each of the following news stories:

It explained nearly 30% of Republicans regretted voting for Biden, and 20% of Democrats did the same.

"Some of the consumer subgroups we track also expressed regret voting for Biden, such as, weekly Walmart shoppers (27% yes/69% no/4% not sure), weekly Amazon shoppers (29% yes/68% no/3% not sure) and likely voters who had invested money in cryptocurrency, such as Bitcoin, Ethereum, and Litecoin (44% yes/53% no/3% not sure)," the poll said.

Bob Unruh
Bob Unruh joined WND in 2006 after nearly three decades with the Associated Press, as well as several Upper Midwest newspapers, where he covered everything from legislative battles and sports to tornadoes and homicidal survivalists. He is also a photographer whose scenic work has been used commercially.
Court rebukes California counties for shutting down gun stores during COVID
Harris, Clyburn join Biden's campaign to undermine 2022 elections
Rand Paul: It's better for America if Biden shuts up
Study: Only 10% of subpoenas from Pelosi's commission address Capitol riot
Schumer orchestrates his own 'crushing' defeat in filibuster fight
See more...