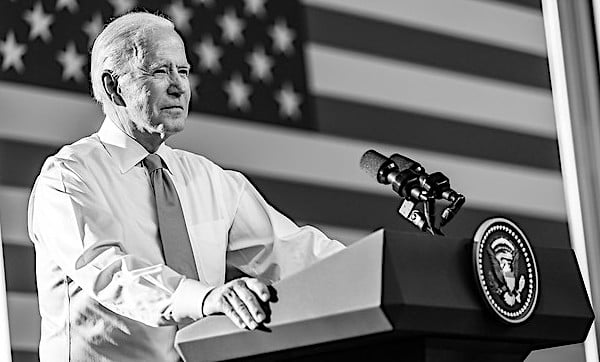 Politico cited a former FDA official who said Marion Gruber and Philip Krause quit Tuesday because they were angered by the agency's lack of autonomy regarding its approval of the vaccines.

A current official said the resignations were due to differences with FDA's top vaccine official, Peter Marks.

But Politico, citing 11 current and former health officials, reported the agency is "facing a potential mutiny among its staff and outside vaccine advisers, several of whom feel cut out of key decisions and who view the plan to offer boosters to all adults as premature and unnecessary."

The key point of contention is the Biden administration's decision to move ahead with boosters before the FDA's top scientists have had a chance to weigh in.

The FDA has released five studies in recent weeks, with some showing fading immunity among health care workers who have been vaccinated and more breakthrough cases overall than previously recorded.

The administration has set a deadline of Sept. 20 for rolling out booster shots to most adults, which has the FDA scrambling to collect and analyze data to support the boosters' benefits.

"Many outside experts, and some within the agency, see uncomfortable similarities between the Biden team's top-down booster plan and former President Donald Trump's attempts to goad FDA into accelerating its initial authorization process for Covid-19 vaccines and push through unproven virus treatments," Politico said.

An FDA spokesman told Politico the agency understands "the importance of additional vaccine doses for control of this pandemic and will move as rapidly as possible to evaluate all submissions."

Meanwhile, President Biden’s COVID-19 czar, Jeff Zients, said Tuesday the booster decision "was made by and announced by the nation’s leading public health officials ... and as our medical experts laid out having reviewed all the available data, it is in their clinical judgment that it’s time to prepare Americans for a booster shot."

But Politico reported career scientists have been confused and surprised by the process. And Biden, who came into office promising that scientists would lead in decision-making and messaging regarding COVID-19, has only added to the controversy. He suggested after his meeting with Israeli Prime Minister Naftali Bennett last weekend that boosters could be administered just five months after the initial regimen, rather than the eight months his administration had just proposed.

'You're not fully vaccinated without third shot'

Just prior to his meeting with Biden, the Israeli prime minister said people in his nation are not considered fully vaccinated until they get a third shot.

His conclusion comports with a study of U.S. long-term care facilities that found vaccine effectiveness against any COVID-19 infection dropped to 53% in late June to early August.

And Pfizer has acknowledged its vaccine's efficacy decreases over time and that a third dose showed stronger antibodies against the initial COVID virus as well as the beta and delta variants.

An Israeli study published in July found the Pfizer shot was only 39% effective against the delta variant, which comprised the majority of cases.

And a study published Aug. 24 by researchers in Israel, one of the world's most vaccinated nations, found natural immunity from a COVID infection is 27 times more effective than immunity from the Pfizer-BioNTech mRNA vaccine.