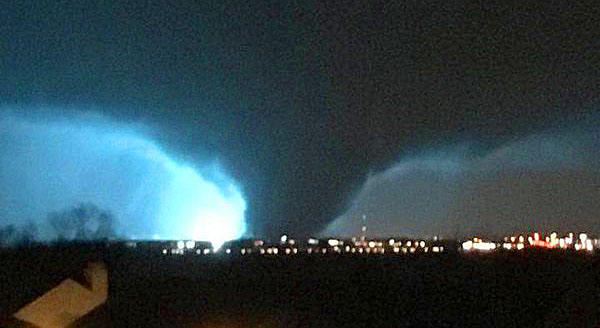 President Biden, who so far has successfully created a crisis at the southern border by eliminating President Trump's security efforts, declared all-out war on the nation's pro-life voters, tried to take over all elections, announced plans to spend trillions of dollars on social programs and opened a terror-for-all region in Afghanistan with a decision to pull American troops out and abandon Americans there, is on a new project.

Joe Biden on tornadoes: "...they don't call them that anymore..." pic.twitter.com/HwkpYzv8bm

According to the National File, his recent comments included: "Uh, you know, the, looks like a tornado, they don't call 'em that anymore, that hit the crops and, and wetlands in the middle of the country, and, and Iowa, and Nevada, and, I mean it's just across the board. And, uh, you know, um, uh, as I said we're in this together."

The comments follow a long list of other word salads unleashed by Biden in recent months, including many that have deteriorated to the point that no sentences are left finished.

The report explained Biden's supporters said he was referencing derechos, a different type of weather event. But they remained unable to explain why Biden said tornadoes are not called tornadoes anymore.

The National File explained the National Weather Service says a tornado is "a violently rotating column of air extending from the base of a thunderstorm down to the ground." It can destroy well-made structures, trees and hurl objects through the air like missiles.

A derecho, in contrast, is a "widespread, long-lived wind storm that is associated with a band of rapidly moving showers or thunderstorms."

Biden's critics also pointed out he cited Nevada as a state where those no-longer-tornado tornadoes happen, even though those weather events are rare there.

"The fact that Nevada is not typically considered a hotbed of tornado activity, coupled with the President’s reference to Iowa beforehand, led critics to believe Biden had confused Nevada with the Midwestern state of Nebraska, which does frequently experience tornadoes," the report said.

Among Biden's other famous sayings are "We choose truth over facts," and what apparently was a recent confirmation that others are making decisions in his administration.