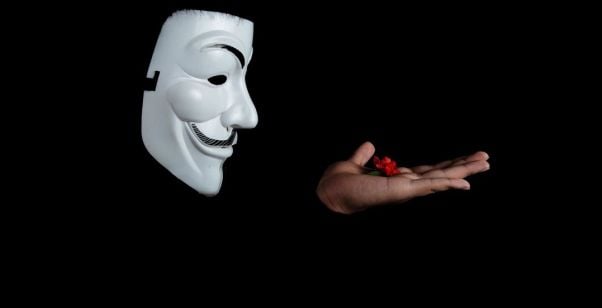 "New World Order" has been used by a variety of extremist organizations and often is considered to be a time on earth when conflict between East and West, between democratic and dictatorial, between conservative and liberal interests largely is eliminated.

Think of the term "one world government" as being associated.

That's apparently what one official in Australia is counting on coming.

Responding to a question about COVID protocols, Kerry Chant, the Australian COVID manager, said, "We will be looking at what contact tracing looks like in the New World Order."

National File said the phrase immediately started trending on social media after Chant responded to a journalist's question about whether that procedure would be used.

"We will be looking at what contract-tracing looks like in the New World Order – yes it will be pubs and clubs, and other things, if we have a positive case there [but] our response may be different if we know people are fully vaccinated."

Contact tracing is when digital personal assistants or cell telephones are programed to document the location of a carrier, and provide an alert if someone else nearby has tested positive for COVID.

Explained National File, "The term 'New World Order,' used to describe the incremental push toward a totalitarian one-world government by western governments, politicians, media conglomerates, titans of industry in private sector, international bodies like the United Nations (UN), European Union (EU), the World Health Organization (WHO), the World Trade Organization (WTO), or the International Monetary Fund (IMF), roundtable groups like the Council on Foreign Relations (CFR), and major banks and financial institutions such as the Federal Reserve and World Bank, was made popular in the United States following the release of the documentary Endgame by Alex Jones."

It said the "negative" connotation of the word comes from "the revelation that wealthy and powerful elites, particularly some of the most influential figures in American politics, media, and business, gather at Bohemian Grove every summer in Monte Rio, California, to partake in 'Cremation of Care' ceremony in which the elite guests practice a faux-sacrifice ritual to a statue believed to be Moloch, the demonic 'god' of child sacrifice, or possibly Minerva according to some."

Newsweek said Chant's use of the term "sent into a frenzy" those the magazine describes as "conspiracy theorists."

Newsweek noted, "It is unclear whether Dr. Chant was aware of the significance of the phrase within conspiracy movements."

Twitter, a platform on which the word was getting attention, immediately tried to fight back.

"Fact-checkers have regularly debunked claims connected to the conspiracy theory. The phrase is commonly used to describe times of cultural change or cultural shift," the site said.

Shavan Sardarizadeh, a "disinformation" journalist in the U.K., said, "If you're a public health official discussing Covid containment measures in a televised briefing, do not use the phrase 'New World Order,' a well-known conspiracy theory about an authoritarian world government, in any context, ever."

The phrase "The Great Reset" also has been used in similar fashion since last year when a World Economic Forum virtual panel made that part of the title of its discussion.

That event focused on what ideas and what "new forms of cooperation" were needed to move business, policymakers, and civil society into a "more resilient world."

A commentary at DefiantAmerica said while politicians like George H.W. Bush and Tony Blair previously have used the phrase, it also has referred to "a secret, behind-the-scenes plot to form an oppressive world government that would limit citizens’ liberty."