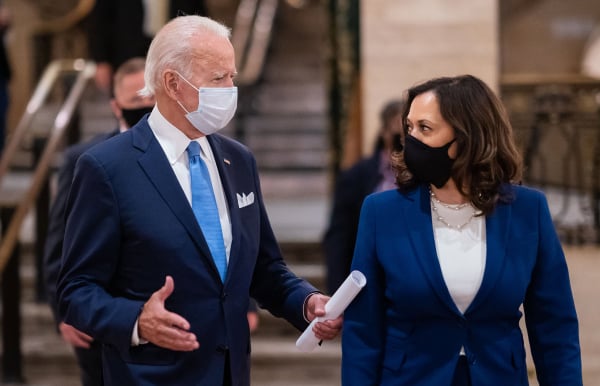 The Biden administration's Department of Justice announced Thursday it will sue the state of Texas for its new abortion law banning the deadly procedure after a heartbeat is detected.

Last week, the Supreme Court, in a narrow 5-4 vote, declined to stay the Texas law 24 hours after it went into effect Sept. 2. Pro-life activists view the decision as a pathway to the overturn of precedents set in the Planned Parenthood v. Casey case and the landmark 1973 Roe v. Wade ruling.

In the past week, clinics across Texas have stopped offering abortions after six weeks or have shut down.

Garland cited the Planned Parenthood v. Casey precedent that "regardless of whether exceptions are made for particular circumstances, a state may not prohibit any woman from making the ultimate decision to terminate her pregnancy before viability."

JUST IN: "After careful assessment of the facts and the law, the Justice Department has filed a lawsuit against the state of Texas," Attorney General Garland says on restrictive Texas abortion law. https://t.co/V5bMModrrX pic.twitter.com/qOIjV65hvW

Is the Biden administration desperate to shut down pro-life legislation?
98% (176 Votes)
2% (3 Votes)

President Biden has condemned the court's decision, vowing to launch a "whole-of-government" effort in response.

"I am directing that Council and the Office of the White House Counsel to launch a whole-of-government effort to respond to this decision, looking specifically to the Department of Health and Human Services and the Department of Justice to see what steps the federal government can take to ensure that women in Texas have access to safe and legal abortions as protected by Roe, and what legal tools we have to insulate women and providers from the impact of Texas’ bizarre scheme of outsourced enforcement to private parties," Biden said in a statement.

In a letter this week to Garland, 23 Democrat members of the House Judiciary Committee assert the ban "is a clear violation of a woman's right to choose an abortion prior to fetal viability established nearly fifty years ago under Roe v. Wade."

They also criticized a provision in the law that allows private citizens to sue anyone who "aids or abets the performance or inducement of an abortion" in violation of the law.

"This private right of action is the law's most insidious feature," the lawmakers wrote. "It represents an effort by the State of Texas to evade judicial scrutiny long enough for a clearly unconstitutional law to take effect."

The Democrats said the "perverse system has not only a chilling effect on a deeply private decision-making process that is essential to a woman’s personal autonomy, but is also just plain chilling."

Texas lawmakers had a practical reason behind the widely criticized provision to deputize private individuals, instead of state officials, to enforce the law. Lawsuits intended to block such laws as unconstitutional typically name state officials as defendents, the New York Times explained.

The law allows private citizens to sue anyone who performs or "aids and abets" an abortion, even if they have no connection to the patient or the clinic, the Journal reported. The citizens can recover legal fees and an additional $10,000 if they win.

"The department will provide support from federal law enforcement when an abortion clinic or reproductive health center is under attack," Garland said. "We will not tolerate violence against those seeking to obtain or provide reproductive health services, physical obstruction or property damage in violation of the FACE Act."

No government authority over 'people's lives or liberty'

Earlier this week, Harvard Law School professor Laurence Tribe said in an MSNBC interview there are legal precedents for the attorney general to sue, pointing to "cases in which the Supreme Court has said you cannot give governmental power over people’s lives or liberty to private bodies that have no public accountability."

And the Justice Department could appeal to international law, he said.

The chairman of the United Nations' working group on women and girls, Melissa Upreti, asserted this week that the Texas law "violates a number of rights guaranteed under international law," calling the measure "structural sex and gender-based discrimination at its worst."

She said, the Guardian of London reported Tuesday, the law "will make abortion unsafe and deadly, and create a whole new set of risks for women and girls."

Reem Alsalem, the U.N.'s special rapporteur on violence against women, accused the five Supreme Court justices who formed the majority – which included all three of former President Trump's appointees – of exposing women to potential violence.

“Through this decision the supreme court of the United States has chosen to trample on the protection of women's reproductive rights, thereby exposing them and abortion service providers to more violence,” Alsalem told the Guardian.