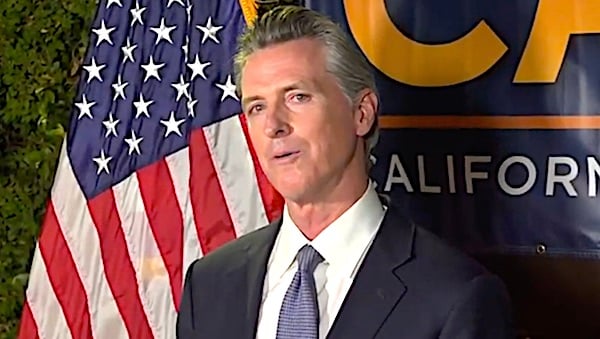 Though Democrats easily prevailed in the recall election involving Governor Gavin Newsom in California, they campaigned hard by bringing in all the big guns, including President Joe Biden, former president Barack Obama, and Senator Elizabeth Warren, among others. One element of the Democrats’ strategy was the seemingly coordinated message that the recall was an illegitimate and partisan power grab. Yet the recall procedure is established in California law. Recalls are rare, but over the last decade, they have not been unprecedented — and some recall efforts came from Democrats. Democrats’ claims that the recall was illegitimate don’t square with the facts.

These attacks were not limited to politicians. The New York Times ran an editorial that declared the recall unconstitutional. The Washington Post ran an article calling for the recall to be “the last one run like this.” The New Yorker attacked the recall as undemocratic. An Atlantic article argued that the recall was outdated. Vox provided an “explainer” that characterized the recall process as deeply flawed, allowing for fringe candidates to take over the state.

It’s certainly reasonable if California decides to repeal its recall system. Doing so would represent a legitimate policy change. Until such time, however, the current recall system is lawful and legitimate.

What Democrats said about Wisconsin’s recall
Democrats’ own history with recalls illustrates their current hypocrisy. The most famous recent recall in the United States was California’s 2003 recall that elected Republican Arnold Schwarzenegger, but between then and now, some of the most prominent recalls have been pushed by Democrats. In 2012, then-governor Scott Walker of Wisconsin, a Republican, faced a recall vote — along with his lieutenant governor and four Republican state senators — for supporting a law that limited the collective bargaining rights of public employees.

Democrats collected over 1 million signatures. During this election, former President Bill Clinton visited Wisconsin and described a successful recall as crucial to the future of America. Many of Obama’s political operatives were involved in the race, and outside liberal groups spent significant money, too. DNC chairwoman Debbie Wasserman-Schultz stated that the DNC backed the recall and that it would serve as a “test run” for 2012. Even Obama, who many felt did not get as involved as he should have, voiced his support for the effort. Many in the left-leaning media echoed these sentiments. Several hosts on MSNBC vehemently supported the recall. The Washington Post ran an editorial that called the recall of Walker “justified.” Mother Jones declared that Walker needed to be recalled.

What Democrats said about Alaska’s attempted recall
Democrats engaged in another recall attempt much more recently. For the past two years, they have attempted to recall Alaska’s Republican governor Mike Dunleavy for instituting a series of spending cuts. Democrats attempted to get the necessary signatures for such an effort from 2019 until August 2021, when they gave up. Though this effort did not involve national Democrats, it did bring forth significant political organization within the state. Additionally, groups like the state chapter of the AFL-CIO were heavily involved. And many of the media outlets opposing the California recall said nothing in opposition to the attempted recall in Alaska.

Why it matters
Democrats tried to portray California’s lawfully mandated recall election as illegitimate. That behavior is bad enough, but it’s worse considering Democrats’ hypocrisy: They have tried to recall governors in two other states over the past decade using similar laws. At a time when institutional norms are under attack, both parties should be careful about how they characterize the efforts of the opposition – if those efforts are lawful, then they’re also legitimate.

Todd Carney is a writer based in Washington, DC. The views in this piece are his alone and do not reflect the views of his employer.