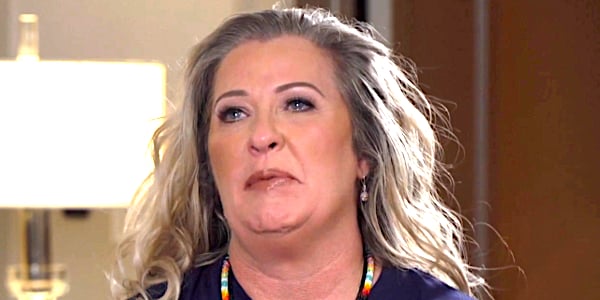 An employee of the U.S. Department of Health and Human Services has presented video recordings to Project Veritas of colleagues privately voicing alarm about the safety of the experimental COVID-19 vaccines, alleging a cover-up of "evil at the highest level."

She acknowledged that with a 12-year-old child at home to care for, among other things, there is much to lose, "but you know, what kind of person would I be if I knew all of this – this is evil."

On Tuesday, the acting CEO of the Phoenix Indian Medical Center, Holly Elliott, responded to the Project Veritas report, acknowledging that "some of the information contained in this video is distressing."

“We take all complaints seriously and will investigate," she said.

'Shove it under the mat'

O'Malley recorded another nurse on hidden camera saying most incidents aren't being reported to the Vaccine Adverse Event Reporting System, known as VAERS, because physicians complain it takes too much time.

"The problem in here is that they are not doing the studies," Gonzales said to O'Malley. "People that had [COVID-19] and the people that have been vaccinated – they're not doing any antibody testing. Everybody is quiet with that. Why?"

O'Malley told Gonzales of a 30-year-old man who came to the center with congestive heart failure after receiving a second shot.

"He's probably got myocarditis!" Gonzales said. "All this is bull----. Now probably myocarditis due to the vaccine."

The physician added that "they are not going to blame the vaccine."

Gonzales said doctors are violating the requirement to report adverse events and, instead, "want to shove it under the mat."

In her interview with O'Keefe, O'Malley said she's "seen dozens of people come in with adverse reactions." One was a healthy 15-year-old who presented with blood clots three weeks after receiving his first dose of the Pfizer vaccine.

'I think they want people to die'

The incident that prompted her to become a whistleblower, she said, was when a coworker who had served the entire pandemic treating COVID patients in the ICU was forced to take the vaccine despite her religious beliefs.

"It's like nobody – nobody should have to decide between their livelihood [and] being 'a part of the team in the hospital,'" O'Malley said.

Another registered nurse, Deanna Paris, told O'Malley on hidden camera "it's a shame that they're not treating people like they're supposed to."

O'Malley told O'Keefe: "I think they want people to die."

Paris affirmed that the vaccine side effects are not being reported to VAERS, because "it takes over a half an hour to fill out the damn thing."

O'Malley underscored the importance of reporting adverse effects, pointing out that the experimental vaccines, which came to market at least five times faster than ever before, are in Stage 3 clinical trials.

"Normally, Stage 3 clinical trials is where you gather your data," she pointed out.

"If we're not gathering that data and reporting it, then how are we going to say that this is safe and approved for use?" she asked.

The estimated study completion date of the Pfizer-BioNTech vaccine, for example, is January 2023. For cohorts such as pregnant women, the clinical trials won't be completed until 2027.

'I am not going to lose my job over this'

O'Malley recorded an exchange with Gonzales and another ER physician, Dr. Dale McGee, who defended the government's handling of vaccine research.

"So how come after 18 months, we haven't had any research? Isn't that fishy to you?" O'Malley asked.

Gonzales back her, saying 'it is fishy."

Gonzales retorted: "It hasn't probably been done because the government doesn't want to show that the darn vaccine is full of s---."

O'Malley's whistleblowing also addressed the blocking of off-label COVID treatments that many physicians around the world have found to be effective, particularly hydroxychloroquine and ivermectin.

A pharmacist confirmed to O'Malley that that she's barred from prescribing ivermectin, even though it's use for COVID-19 is supported by more than 100 studies and the testimonies of governments such as the Indian state of Uttar Pradesh.

"I am stuck. I am told that you are absolutely not to use it under any circumstances whatsoever for somebody with COVID, unless you don't want to have a job," said pharmacist Gayle Lundberg. "I am not going to lose my job over this."