Note: Dr. Orient is executive director of the Association of American Physicians and Surgeons, AAPS.

When the Food and Drug Administration (FDA) learned that doctors were writing 88,000 prescriptions a week for ivermectin, mostly for COVID-19, it apparently felt it necessary to message the yahoos of America on Twitter.

I, for one, agree completely. I am not a horse. In particular, I am not their horse, or their cow, to be ridden, milked, or slaughtered for the greater good. They do not own me and have no right to decide that I must take the COVID-19 vaccine, supposedly to protect the vulnerable of the herd. By the way, it doesn't.

The FDA also has NO authority to dictate or deny medical treatment. Once it approves a drug for safety for any indication, it does not have the legal right to tell physicians that they can use the drug for this, but not for that. Or veterinarians either. The only reason to go through a billion dollars' worth of studies to get a new "on-label" indication is to allow a company to market a drug for that use. If it's a cheap, non-patentable drug, why would a company make such an investment? But doctors are allowed to talk about it, and journals may publish articles. Normally, such discussions are not automatically smeared as "harmful misinformation" by social media fact-checkers.

When a patient takes a prescription to the pharmacy, the pharmacist ordinarily just fills it. The exception has been for controlled substances, to attempt to keep opioids from being overused. But when you take in a prescription for doxycycline, the pharmacist doesn't ask you whether it is for acne or bronchitis – or a sexually transmitted disease.

The reason we have gotten used to diagnosis (ICD-10) codes is to get Medicare or Medicaid or insurance companies to pay. They decide what to cover – they are not supposed to dictate what you can obtain. Neither are government agencies like the FDA or persons who are not trained to practice medicine.

Suddenly, with repurposed ivermectin, the pharmacist demands to know whether you have head lice or scabies ("crabs," often sexually transmitted) or want to treat or prevent COVID.

Like a lot of drugs, including antibiotics, ivermectin has veterinary uses. It was, however, first developed for use in humans. Billions of doses have been taken by humans, especially in Africa, where it has been a miracle cure for river blindness among other dread parasitic diseases.

Africans are humans. They have, to our shame, been treated by public health authorities as lab rats. In the infamous Tuskegee syphilis experiment, African-American men were recruited into a study to observe the natural history of syphilis, a devastating disease in its late stages. When penicillin became available, these men were not informed because … "science." Treating them would have destroyed our ability to scientifically watch them deteriorate and die. Black Americans have not forgotten – and neither should anybody else. Distrust of government is one big reason why around 60% of black people are unvaccinated.

No physician would recommend that patients should buy their medicine at a feed store. But many are doing it because doctors refuse to prescribe, or pharmacies refuse to dispense the human formulation.

Are veterinary products of poor quality? I doubt it. In my experience, people love their horses. Ranchers may not love their individual cows but think they are valuable, and demand safe medications. Still, the formulations may be different.

Ivermectin is in the news, but official suppression of early treatment began at the onset of the epidemic, with another safe, long-approved drug, hydroxychloroquine. And why doesn't the CDC tell everybody about vitamin D, especially important for dark-skinned people? And why is government attempting to block access to N-acetyl cysteine (NAC), long available over the counter and possibly of some benefit in COVID? And why are people who are trying to protect themselves with dilute Betadine or other gargles ridiculed as "anti-vaxxers," despite evidence of benefit?

The definitive evidence that this is not about controlling COVID but controlling us is that the Biden administration is keeping monoclonal antibodies from people in Florida and some other states, in the name of "equity." Supply is plentiful, or more can be made.

Message to the FDA: Americans are not livestock on a government ranch – or lab rats. This massive human experiment can hardly be called scientific, since the control group is being wiped out through coercion.

Americans are human and have fundamental human rights – inalienable rights, not canceled by a virus.

Jane M. Orient, M.D.
Jane M. Orient, M.D., executive director of Association of American Physicians and Surgeons, has been in solo practice of general internal medicine since 1981 and is a clinical lecturer in medicine at the University of Arizona College Of Medicine. She received her undergraduate degrees in chemistry and mathematics from the University of Arizona and her M.D. from Columbia University College of Physicians and Surgeons. She is the author of "Sapira's Art and Science of Bedside Diagnosis"; the fourth edition has just been published by Lippincott, Williams & Wilkins. She also authored "YOUR Doctor Is Not In: Healthy Skepticism about National Health Care," published by Crown.
On abortion, we need a Pro-Love Movement
'Affirming' gender is actually 'denying' it
Independence or 'Hate America' Day?
On vax mandates, exemptions and true medical care
Should we cancel Father's Day?
See more... 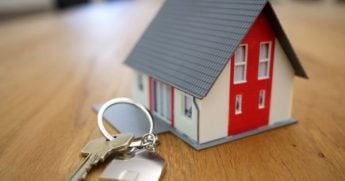