As speech codes took hold of America's colleges and universities, and speakers with the "wrong" beliefs were being banned from campuses or shouted down by students, I began to realize that there was something afoot that was not just psychologically abnormal. It was something much more ominous. Something we could have predicted had we been paying attention.

It's time to pay attention. Political speech control has now reached a level most Americans would have never thought possible. While folks like you and me were dismissing the censors in our midst as oddballs and lunatics, our nation's moral and political foundations were tumbling to the turf next to all those statues and monuments we are no longer allowed to see. Obsessed with making everything in American life political (thus subject to some form of coercion) these gatekeepers of approved thinking were in the process of monopolizing public discourse by blocking public debate. American society flaccidly capitulated, from school classrooms and media newsrooms to corporate boardrooms and the locker rooms of professional sports.

Is any of this psychologically normal? Actually, it is – in a totalitarian world. It's standard thinking for a fascist, a Marxist, a Nazi or any other state socialist. All these philosophies are coercive by nature, and all of them come to power through absolute control over the communication of ideas. Surrounded by cancel culture wokeness, we have missed the obvious.

Good people never saw this coming. Yet the censorship we face today – and its forced conformity to Critical Race Theory and the "see-everything-by-skin-pigment" narrative – is just Democratic socialism coming to full bloom. It's always been there, like skunk cabbage in the garden. It's always represented coercion over persuasion and the concentration of power to impose one's will. But now the stench is overpowering, and people are finally beginning to say, "enough!"

Historically, we have recognized and rejected authoritarian ideology, pulling it from our national life wherever it has sprouted. But the roots have remained behind in America's public schools and institutions of higher learning, where a soil once fertile to freedom is now cultivating the exact opposite. It flips history on its head, removes the God who authored our liberty and removes the miraculous story of America itself.

Freedom-minded people are by their nature peaceful and non-confrontational. They never seek to restrict the expression of other opinions. To the contrary, we revel in the marketplace of ideas and encourage open debate of contrasting claims and perspectives – the free and open competition of all viewpoints. Rather than fearing opposing ideas, conservatives and libertarians invite ideas to come forth and duke it out. They seek an honest examination of the historical record. They believe the challenge of the debate itself lifts humanity and makes us all better, both as individuals and in society.

But the history of collectivism and state socialism is so dismal and indefensible that a leftist's only fallback is censorship. The intellectual vacuum thus created is filled with their false narratives, while the Woke Police stand ready to ridicule, intimidate and terminate anyone who challenges the fairy tales.

Thus, we are required to believe political constructs like the 1619 Project, asserting that the Jamestown Colony marked the beginning of human slavery in North America, and was the true genesis of America. Never mind that slavery had been practiced for centuries throughout the continent by most native peoples. Never mind that the arrivals at Jamestown were short-term indentured servants, not slaves. Never mind that there's a fundamental requirement of honorable people to tell the truth – not create fictional analysis of fictional stories, intended to impose fictional solutions to fix fictional problems.

But the narrative continues, insisting that Jamestown was the moment in history that defined everything America would come to stand for in its founding documents, its founding fathers and our uniquely American love affair with racism. Most Americans still recognize such a narrative as stupidity on steroids. (Two-thirds of the Constitutional Convention delegates were on record as solidly opposed to slavery.) Yet the Marxist left is imposing these lies on every area of American life. The 1619 Project would never withstand an honest historical analysis. Thanks to wokism and the cancel culture, it doesn't have to.

Such is the mounting malaise of America today, and our biggest question is the degree to which Americans seem inappropriately passive to it all – retreating under the pressure of the cultural elite rather than standing up to the fight. The aggressive, interventionist, always-political left seems to possess far more passion for usurping our rights than conservative Americans have for defending them.

These are indeed times that "try men's souls." Can you imagine the men of the American Revolution being so easily intimidated by some college PC Enforcer or some indoctrinated corporate flunky, warning them that they might lose their jobs if they to speak their minds? Can you imagine them holding their liberties in such low esteem? At the end of the day, it matters not what the polls may say about Americans opposing cancel culture censorship and Critical Race Theory. What matters is whether they will stand up. Whether they are willing to fight. Whether the teachers, the athletes, the corporate executives, are willing to look their would-be dictators squarely in the eye and simply say, "No. You will not muzzle me. You will not silence me. You will not coerce me into adopting your radical politics. You are dealing with a free man, and I mean to remain that way."

America, since its founding, has been called to the higher ground of liberty, where all true patriots live. The heart of the patriot is perhaps best expressed by these words on the Jefferson Memorial:

"I have sworn upon the altar of God, eternal hostility against every form of tyranny over the mind of man." – Thomas Jefferson

For all free people, resistance to tyranny is a duty, not an option. Not a polite resistance mind you, but one borne of indignation and outrage. The men and women of the American Revolution weren't polite. Their words weren't soft and measured. That includes the preachers in early America's pulpits, who didn't dance around the issues of the day, hoping that a politically sanitized gospel message would keep the British from their doors. Rather, Alexis de Tocqueville described their sermons as "aflame with righteousness," proclaiming – as in the words of Rev. Samuel West – that "obedience to tyranny is blasphemy to God."

Resistance to the current tyranny must come from every sector of American society. It will wear many faces, but I'm convinced it should begin with the exposing and boycotting of anti-freedom, anti-American corporations, athletes, actors, colleges, internet providers and so-called mainstream media. We are all consumers in a still relatively free marketplace, and we need to use wisely our power of consumer choice by voting with our dollars to support those companies, individuals and institutions that honor our freedom, while rejecting those whose radical politics grinds our liberties under foot.

We simply cannot tolerate the intolerance any longer. Liberty is a far too fragile a thing to timidly sit in the bleachers and let the cancel culture cancel our country. 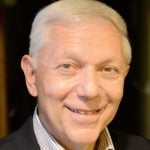