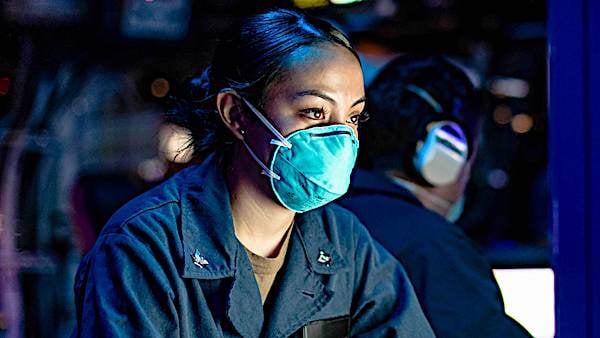 Whether the COVID-19 virus escaped from a Chinese research lab, or whether it was deliberately released, isn't the most important thing to note about the issue that unlikely will ever be fully answered, based on China's refusal to cooperate with international health interests.

What is important is to see what China has learned from the episode, according to China expert Gordon G. Chang, who wrote a column at Gatestone Institute, where he is a distinguished senior fellow.

And that would be the benefits to the Chinese Communist Party when such pathogens attack other nations' economies.

That's because it uses a framework called Comprehensive National Power to assess nations, and COVID taught that it could gain influence if its CNP rating was increased – or if that of other nations was degraded.

"If Chinese leaders realize they have an epidemic on their hands that will lower China's CNP, it is logical to turn that epidemic into a pandemic by restricting the spread domestically while not stopping the spread internationally," reported Cleo Paskal, of the Foundation for Defense of Democracies, documented. "That way, China's CNP might be lowered, but so will everyone else's, and China's relative ranking won't be affected, in fact, it might even improve."

The goal then would be, Chang explained, for Chinese scientists to design pathogens targeting only foreigners.

That would be a way for China to "end" non-Chinese societies. "This will be Communist China's civilization-killer," Chang explained.

"China's military researchers and analysts for a half decade have been writing about pathogens of this sort, and American officials are in fact concerned that Chinese scientists have been experimenting with, in the words of Bill Gertz of the Washington Times, 'germ weapons capable of attacking ethnic groups.' Beijing's determined campaign to collect genetic profiles of foreigners while preventing the transfer to recipients outside China of the profiles of Chinese is another indication that the Chinese military, in violation of its obligations under the Biological Weapons Convention, is building ethnic-specific bioweapons," he warned.

The problem, then, is that President Biden has been casual about the threat, and has not demanded China compensate for the losses from COVID-19.

"America and other nations must impose those costs to prevent China's Communist Party from releasing a civilization-killing disease. Yes, the People's Liberation Army is now developing pathogens to destroy non-Chinese societies," he charged.

Demanding from China compensation for the costs of the pandemic that has killed millions, has destroyed thousands of businesses and livelihoods, and threatened entire national economies could also act as a deterrent for future bad acts, he said.

"The next pandemic, therefore, could be the one that leaves China as the world's only viable society. The world, therefore, needs something far more important than justice or compensation. It needs deterrence," Chang wrote.

"Up to now, Biden has shown little — and sometimes no — interest in holding China accountable. He spent two hours on the phone with Chinese ruler Xi Jinping in February and did not raise the origin question once. It appears he ordered the intelligence community review on May 26 only after the uproar that morning caused by a CNN report that his State Department had killed a Pompeo-era investigation into the disease.

"So far, Biden, with his feeble reaction, has shown Xi Jinping that Beijing can, without cost, kill millions of non-Chinese with a pathogen. Xi, unless stopped, will certainly do so again," he said.

He pointed out that it is well-known that Beijing is hindering the global investigation into COVID-19.

"There is no justification for China's actions. It has the information, as the intelligence community tells us; it just refuses to share what it knows," he said.