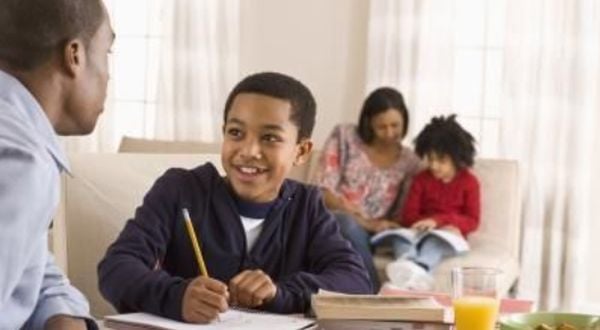 American businesses, families, and churches all have been hit hard by the last year-plus of COVID-19 lockdowns, vaccination orders, mask mandates and more.

The public school industry, those brick-and-mortar buildings staffed by union members, have been, too, according to new reports from education interests as well as Census data.

The Christian ministry Answers in Genesis, is praising parents for "waking up to the fact that being secular is not neutral" and the "public (secular) schools are not neutral."

"They are not for Christ, as they are against," the organization reported. "One either walks in light or darkness. There is no neutral position."

The report praising parents noted that public schools have lost more a large number of their students, according to estimates.

"One good thing to come out of the shutdowns is that many parents have been awakened to what 'secular' really means – anti-God! And, as a result of that awakening, as well as various mandates and schools reopening and shutting down throughout the year, plus other factors, Census data found that 11.1% of U.S. households with school-aged children are now homeschooling. That’s double the number from before the pandemic!" AIG reported.

"That increase means there are about 2.6 million new homeschool students across the nation. A report also found that 8.7 million children have been pulled from a government-run school and placed in a private school, which includes many Christian schools."

It was in Christian Headlines only a short time ago that a report confirmed as of last spring, the rate for families homeschool was 5.4%. But now that's more than doubled.

"The Bellwether Education Partners, a non-profit education advocacy group, reported similar findings in its August 2021 overlook, noting that close to 2.6 million children have transitioned from public schooling to homeschooling since the start of the pandemic," the report said.

"The percentage of homeschooling children also spreads across different ethnicities. The group found that 9.7 percent of white families, 12.1 percent of Hispanic families, 8.8 percent of Asian families, and 16.1 percent of Black families have pulled their children out of public schools to homeschool them," the report said.

Christian Headlines noted testimonies from now-homeschooling parents in The Federalist, where, "Sam Cavanough, a mother in Tennessee, told the outlet that her family made the move not only so she could teach her children at home but also so her family could spend more time together. She also noted how the pandemic and ensuing restrictions made her decision to homeschool much easier."

Steven Duvall, the director of research for the Home School Legal Defense Association wrote in an online report that research shows "children who continued in the public schools lost up to five months of learning."

Those parents who want their children to catch up might want to consider homeschooling, the report suggested.

"From a quick review of some key research on homeschooling methodology, it is entirely possible that homeschooling would be the better option for achieving this goal," he wrote.

The reasons aren't complex, he noted.

"For many years, researchers have known that specific kinds of student behaviors accelerated learning. For example, they discovered that learning speeds up when students spend more time reading, writing, typing, and talking about their lessons but slows down when they do these things less frequently. Perhaps nothing makes this principle more evident than the achievement delays that were experienced by public school students during the pandemic. That is, it seems reasonable that large numbers of public school students fell far behind because school closings prevented them from engaging in these behaviors to the level that they would have experienced had they been able to remain in their school classrooms all year," he explained.

He cited studies that showed students taught by non-certified parents "engaged in these important learning behaviors more than twice as often as the public school students and made more gains in achievement as a result."

Figures from 2021 from the Census Bureau show homeschooling rates for black families peaked at 16.1%, for Hispanics at 12.1% and for other races at 11.6%.

In the Riverside metro area in California, the rate was 19.2%, while in Detroit and Phoenix both it was in the 15% range.