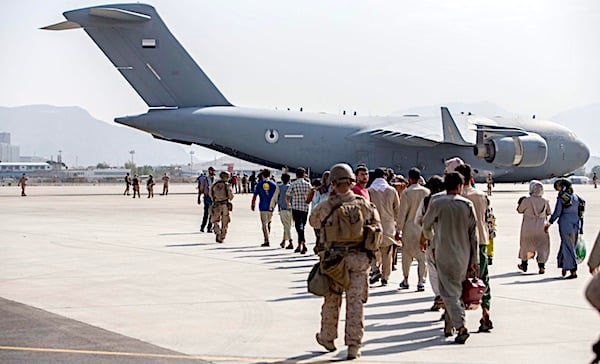 Hundreds of American citizens and people with green cards were left in Afghanistan after U.S. forces withdrew from the country, the Associated Press reported Thursday.

U.S. citizens and lawful permanent residents who were left in Afghanistan were reportedly told after the last American flight took off from the Kabul international airport to expect information about routes out of the country, Undersecretary of State for Political Affairs Victoria Nuland said, according to the AP.

“We will communicate directly to them personalized instructions on what they should do, when they should do it, and how the United States government feels we are best positioned to help them do that,” State Department spokesman Ned Price said, the AP reported.

The US government is MIA but retired military special forces are working on rescue missions for the Americans and allies left behind in Afghanistan. It’s far from over…..

Around 100 to 200 people were left in Afghanistan, Secretary of State Antony Blinken said, according to the AP. He said any American who wants to leave the country will be evacuated, but did not say how.

Green card holder Javed Habibi said the U.S. government promised him, his wife and their four daughters that they would be evacuated from Afghanistan and able to return home to Richmond, Virginia, according to the AP. Habibi said the federal government told the family to stay put and that they would be able to leave the country, but they’re still stuck in Afghanistan.

“They lied to us,” Habibi told the AP. He’s lived and worked as an electrician in the U.S. on a special immigrant visa since 2015 and was scheduled to return from Afghanistan on Aug. 31 following a family visit.

The family was told to go to Kabul international airport but there were so many people there they weren’t able to get to the gate, the AP reported. Habibi attempted to get through the gate twice and was stopped by a crush of people, in one attempt his passport was scanned and he was denied entry.

U.S. Embassy representatives later advised the family to remain where they were via several phone calls beginning Aug. 25 and once said they would pick them up at a location near the airport but the officials never showed and the family was left waiting on a curb, the AP reported. Habibi said the family hasn’t yet been targeted by the Taliban, but they’re afraid of potential repercussions.

“We are going to get you out. You are not going to get stuck. Don’t worry. We know where you are,” one embassy representative reportedly told the family, according to the AP.