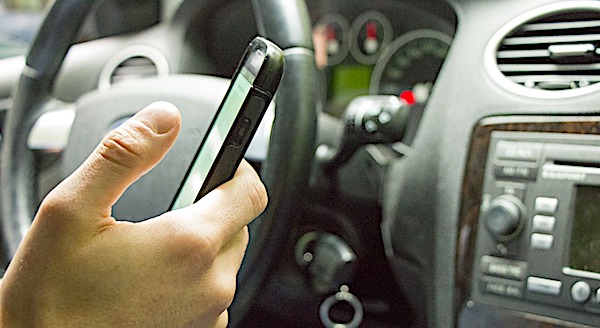 The “Texas Heartbeat Act” enacted May 19, prohibits abortions after the unborn baby’s heartbeat is detectable, with exceptions for medical emergencies. The law includes a provision providing a civil cause of action to sue a person who “knowingly engages in conduct that aids or abets the performance or inducement of an abortion,” and may result in a plaintiff receiving $10,000 or more for each abortion found to be in violation of the law.

The Supreme Court decided not to block the law Wednesday, prompting several tech companies to announce their opposition to the law.

Rideshare app Lyft announced in a statement Friday that it would pay the legal fees of any of its drivers sued under the law, citing concerns that drivers who take women to illegal abortion procedures may be liable.

“Lyft has created a Driver Legal Defense Fund to cover 100% of legal fees for drivers sued under SB8 while driving on our platform,” the company said. “Riders and Drivers: Nothing about how you drive, ride or interact with each other should change.”

The company also announced a $1 million donation to Planned Parenthood, saying “Lyft is donating $1 million … to help ensure that transportation is never a barrier to healthcare access.”

“This law is incompatible with people’s basic rights to privacy, our community guidelines, the spirit of rideshare, and our values as a company,” Lyft said, describing the Texas Heartbeat Act as “an attack on a woman’s right to choose.”

Uber, another rideshare app and Lyft’s competitor, announced it, too, would cover the legal fees of its drivers’ sued under the Texas Heartbeat Act, citing Lyft’s actions.

“Right on @logangreen – drivers shouldn’t be put at risk for getting people where they want to go,” tweeted Uber CEO Dara Khosrowshahi. “Team @Uber is in too and will cover legal fees in the same way. Thanks for the push.”

“We have informed prolifewhistleblower.com they have 24 hours to move to another provider for violating our terms of service,” GoDaddy spokesman Dan C. Race told The New York Times.

Texas Right to Life said Friday that GoDaddy did not specify to them how the site violated GoDaddy’s terms of services. GoDaddy told The Verge that prolifewhistleblower.com broke rules prohibiting the collecting of personal information without prior written consent.

GoDaddy did not respond to the Daily Caller News Foundation’s request for comment.

GoDaddy has acted against websites in the past, pulling the domain registration of self-described free speech social media site Gab in 2018 after one of its users committed a mass shooting at a Pittsburgh synagogue, killing 11 people. This is the first time the company has weighed in on the abortion debate.

As of Monday, prolifewhistleblower.com redirects to the Texas Right To Life homepage.

Shar Dubey, chief executive of Match Group, told employees in an internal memo Wednesday she was “setting up a fund” to support Texas-based employees or dependents who seek out-of-state abortions. Match Group is based in Texas and owns several online dating businesses including Tinder, Hinge, and OkCupid.

“I am generally appreciative of the different arguments of this very complicated issue and am respectful of the personal experiences and beliefs that inform the different opinions,” Dubey wrote. “But this particular law is so regressive to the cause of women’s rights that I felt compelled to speak publicly about my personal views.”

Bumble, an online dating app based in Texas, tweeted Thursday about creating a “relief fund” for women and “people across the gender spectrum” seeking abortions in Texas. The tweet did not specify whether the relief would fund abortion procedures, and Bumble did not respond to the Daily Caller News Foundation’s request for comment.

“Bumble is women-founded and women-led, and from day one we’ve stood up for the most vulnerable,” the company tweeted. “We’ll keep fighting against regressive laws like #SB8.”