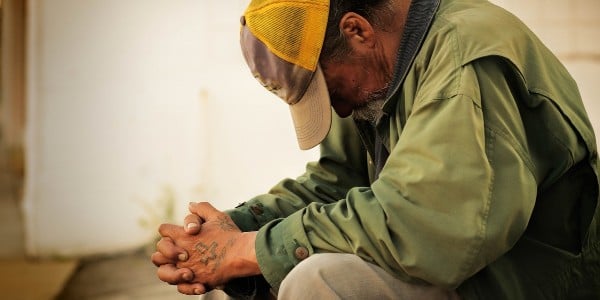 On September 14th, the Census Bureau will report the official poverty rate for 2020. In a typical year the poverty rate receives widespread attention as a key indicator of well-being in the United States. This year’s report is especially important given the toll COVID-19 took on American families in 2020, and because it comes on the heels of the lowest poverty rate ever recorded in 2019.

Unfortunately, the official poverty measure will not provide an accurate assessment of deprivation in 2020, or in any other year, because it has widely recognized flaws. For example, it omits key resources such as food stamps and refundable tax credits directed at low-income families.

The first problem with the supplemental poverty measure is its sole reliance on surveys to measure income. Due to underreporting by respondents, surveys substantially understate earnings, while missing half of cash welfare assistance and a third of Unemployment Insurance. According to recent research, linking the surveys to individual tax records and government benefit records improves the accuracy of surveys and demonstrates a reduction in the poverty rate by more than 35%.

If income were measured well, we would expect people with lower incomes to have higher levels of food insecurity, worse housing quality, and more health problems. Instead, the supplemental poverty measure does a worse job of identifying the most deprived people in the population based on these characteristics than even the flawed official poverty measure.

The income cutoffs or thresholds of the supplemental poverty measure are flawed as well. Poverty is determined by comparing a family’s income to a fixed threshold or poverty line. If a family’s income falls below the poverty threshold, then that family is defined as poor. Where the poverty line is drawn and how many families fall below it in a given year is scientifically arbitrary. The poverty line is ultimately a value judgment about what society defines as a minimally adequate level of well-being.

The supplemental poverty measure masks this scientific arbitrariness by using an overly complex formula to set the poverty threshold. This complexity leads the public and media to falsely conclude that the threshold is based on science, and therefore that the supplemental poverty measure provides a more accurate assessment of the level of poverty when, in truth, the poverty level is scientifically arbitrary.

The supplemental poverty measure thresholds also make it almost impossible to interpret changes in poverty over time. Instead of updating the threshold each year for inflation and thus holding it constant in real terms, the supplemental poverty measure bases the thresholds on the spending habits of families who spend moderately. If these families reduce their spending, the poverty threshold falls. This means that fewer families will be classified as poor even if the income of poor families does not change.

Another problem is that the supplemental poverty measure thresholds are geographically adjusted, in an attempt to account for the higher cost of living in certain areas. This adjustment neglects positive characteristics of many high-cost places such as more public transportation, higher quality schools, and better health care that can improve the well-being of low-income families. In fact, new research finds that geographically adjusting poverty thresholds causes the supplemental poverty measure to do a worse job in identifying the most disadvantaged members of society, the opposite of its intended goal.

The unfortunate result of these shortcomings is that neither the official nor the supplemental poverty measure reported on September 14th will provide an accurate assessment of deprivation in the United States. In a year characterized by a once-in-a-century pandemic, the highest unemployment rate since the Great Depression, and a multi-trillion dollar government response to shore up the safety net, we will lack the ability to understand how low-income Americans fared.

Fortunately, a technical working group spanning 11 federal agencies released a report earlier this year that would address these shortcomings. The group, which included the Census Bureau and Bureau of Labor Statistics, unanimously recommended creating a completely new set of poverty measures. The new poverty measures will use administrative data to improve the accuracy of survey responses, include a fuller set of resources, reflect actual spending, and recognize some of the issues regarding poverty thresholds. Though this effort will take time, it will ensure that in the future we will have a poverty measure that accurately informs the public on the state of deprivation in the United States. It will be worth the wait.