Dr. Anthony Fauci's repeated insistence that the agency he leads never funded dangerous gain-of-function research at the Wuhan Institute of Virology has been further undermined by the release of government documents reported Monday by The Intercept.

The stakes are high, because there is growing circumstantial evidence that the deadly, world-changing COVID-19 pandemic began with a leak from the Chinese lab of a virus that was engineered through gain-of-function research. Scientists, in the risky research, enhance the lethality and transmissibility of viruses that pose the threat of "spilling over" from animals to humans so they can prepare treatments and vaccines in advance.

The newly released documents, obtained by the left-leaning news site through a Freedom of Information Act request, further support the once-ridiculed lab-leak theory along with providing more evidence that, despite his denials under oath before Congress, Fauci funded research that clearly fits the definition of "gain-of-function." 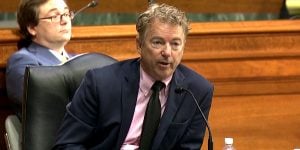 The more than 900 pages of documents provide details of the work at the Wuhan lab of the non-profit EcoHealth Alliance, led by zoologist Peter Daszak.

It was Daszak who – despite his clear conflict of interest – set the media narrative by crafting a letter published in the eminent British journal The Intercept in February 2020 that mocked as "conspiracy" the idea that the pandemic began with a lab leak.

The newly released documents include two previously unpublished grant proposals for EcoHealth Alliance that were funded by the National Institute of Allergy and Infectious Diseases (NIAID), which Fauci has directed since 1984. Among the documents are project updates, showing that work at the Wuhan lab manipulating bat coronaviruses with Chinese scientist Shi Zhengli actually was carried out.

Is Dr. Anthony Fauci the person most responsible for the coronavirus pandemic?
99% (70 Votes)
1% (1 Votes)

Paul reacted to The Intercept report Tuesday on Twitter.

"Surprise surprise - Fauci lied again. And I was right about his agency funding novel Coronavirus research at Wuhan," he wrote.

"The documents make it clear that assertions by the NIH Director, Francis Collins, and the NIAID Director, Anthony Fauci, that the NIH did not support gain-of-function research or potential pandemic pathogen enhancement at WIV are untruthful," he tweeted.

Rep. Thomas Massie, R-Ky., wanted to know why the Congress members who approved the funding weren't aware of how it was being spent.

"How is it possible that we voted for money that went to fund dangerous virus research in China yet we are just now finding out the details in dribs and drabs?" he asked on Twitter. "This is a damning indictment of the size of government and the broken Congressional appropriation process that funds it."

Prior to the new release of documents, Daszak and Shi Zhengli were found to be listed as co-authors of more than a dozen research papers that were produced through $3.7 million in NIAID grants. Shi has included the Fauci-backed grants on her resume. Until March 2021, when the issue was brought up by Paul and other lawmakers, the Wuhan lab listed the National Institutes of Health as one of its "partners."

Meanwhile, in an interview with CNN on Sunday, Fauci said "disinformation" is one of the "enemies of public health" after correspondent Jim Acosta accused Fox News host Tucker Carlson and podcast host Joe Rogan of spreading "debunked information."

"Disinformation and misinformation is really a very serious issue when it comes to a public health issue like COVID-19," Fauci said. "It is essential to get correct information out, both for people who are infected and who do need proper medication and proper care. To foster things that are unproven, right from the beginning, has always been a problem."

Fauci has maintained his stance largely by insisting that any research funded by NIAID didn't fit the definition of gain-of-function.

However, The Intercept reported the new documents show that 2014 and 2019 NIH grants to EcoHealth – with subcontracts to the Wuhan lab – funded gain-of-function research as defined in federal policies in effect in 2014-2017. 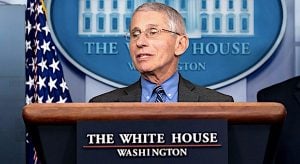 Of significance are the progress reports and the full 2017 grant proposal, which for the first time provide a definitive statement that the U.S. government money went to gain-of-function research.

The National Institutes of Health under President Obama imposed a moratorium on the research in 2014 because of the security risks. But NIH kept funding it through third parties, particularly EcoHealth Alliance.

The grants show the scientists were creating novel chimeric SARS-related coronaviruses that combined a spike gene from one coronavirus with genetic information from another.

And the documents confirm, for the first time, that the scientists generated in the lab a novel SARS-related coronavirus that was more pathogenic to human cells that the original virus.

A 2017 report by Science News spotlighted by the National Pulse, found the lab had obtained "all the genes to make a SARS coronavirus similar to the epidemic strain."

Last month, a federal database tracking research grants that included an award from Fauci's agency to the Wuhan was taken offline. The National Institutes of Health database documented a nearly $3.7 million grant by NIAID for joint research by EcoHealth Alliance and the Chinese government-run lab on "Understanding the Risk of Bat Coronavirus Emergence."

Pulitzer-Prize winning journalist Glenn Greenwald – who quit The Intercept after accusing editors of censoring an article he wrote – said Tuesday the report supporting the lab-leak theory and undermining Fauci was "amazing" in light of the publication's bias. 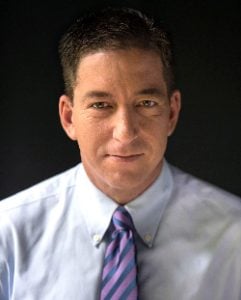 He noted that in July, Intercept reporter Robert Mackey – calling him "one of its most dishonest hacks" – basically called Sen. Paul "a liar and deranged conspiracy theorist over and over for suggesting Fauci funded research that could've caused the pandemic."

Noting that The Intercept article published Monday never mentions Fauci, he said he would "bet any amount of money they thought would debunk Paul & vindicate Fauci -- instead did the opposite (oops).

"Even when they accidentally do reporting that undermines liberal political causes, Intercept editors have to make sure they stay loyal," he wrote on Twitter. "They admit that Daszak's highly risking research was funded by NIAID, but never once mention the name 'Fauci,' the Director of that agency."

In June, Daszak was dismissed from the U.N.-backed The Lancet COVID-19 Commission investigating the pandemic's origin, apparently due to his conflict of interest.

Two months after Daszak's letter was published, the British-born zoologist emailed Fauci to thank him for "publicly standing up and stating that the scientific evidence supports a natural origin for COVID-19 from a bat-to-human spillover, not a lab release from the Wuhan Institute of Virology."

After reporting by alternative media over the past year, the lab-leak theory gained traction in early May when Nicholas Wade, a former New York Times science writer, published an nearly 11,000-word analysis concluding the circumstantial evidence clearly points to a lab leak.

In July, Paul sent a criminal referral to the Department of Justice accusing Fauci of lying to Congress about his role in funding research at the Wuhan lab.