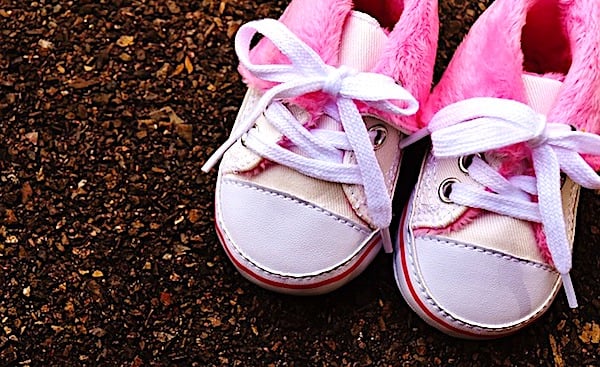 Joe Biden's openly failing mental abilities have been a common topic of discussion since long before his election.

So a related question has been just exactly who is making those decisions that come out of the Oval Office.

Now it's known that one of the major influencers is Planned Parenthood.

Mollie Ziegler Hemingway, senior editor at the Federalist, has written on her organization's website that's because Biden is "flouting the law to push through a massive financial favor to the powerful and lucrative abortion industry that backed Joe Biden's presidential candidacy with tens of millions of dollars."

"Less than two weeks after an already abbreviated period of time for the public to review and comment on the proposed regulatory change, Biden’s Department of Health and Human Services circulated a draft final rule that violates the clear language of Obamacare in order to benefit Planned Parenthood and other corporate abortion interests," she said.

The document is dated August 10 and more than 300 pages long and already has been sent to the Office of Management and Budget for approval.

Biden's changes would allow insurance companies to bill people for abortion coverage along with the rest of their health coverages, a move specifically disallowed by the Obamacare law.

Barack Obama, of course, had ignored that provision of the federal law, allowing insurers to "bury the abortion surcharges deep in plan documents," but President Trump issued orders that brought the processes into compliance with the federal statutes.

Biden's administration, as part of its abortion-for-all agenda, proposed on July 1 reversing that decision and letting insurers free rein with their abortion charges once again. That is making the abortion industry much more profitable, as everyone covered by insurance can be billed for abortion on a routine basis.

Rachel Morrison, of the Ethics & Public Policy Center, wrote a comment opposing the rule change, and explained in Hemingway's column, "In their rush to finalize the rule, HHS and [Secretary Xavier] Becerra are making a mockery of the rule making process. Their efforts to minimize public input and provide only cursory review shows the rule was predetermined."

Hemingway explained, "Normally, such an important and economically significant rule change would require giving the public months of opportunity to comment, followed by months more of rigorous review of and response to the comments, before finalizing the rule. In a stunning move, the Biden administration provided only 28 days for public comment, thereby receiving only 341 comments."

Trump, in stark contrast, had allowed for more than 75,000 comments when he wanted the processes aligned to federal law.

She noted: "What makes the abnormally short public comment period even more surprising is that HHS admitted in its final draft this rule 'is expected to be a 'major rule' … because it is likely to result in an annual effect on the economy of $100 million or more.'"

She explained that accepting and responding to comments is time-consuming and work-related.

But, "if they don’t, agency has violated the APA and the regulation can be blocked," she said.

The time frame allowed by Biden, then, was "way too little" to deal with even the few hundred comments that were submitted. And the fact nothing was changed in the proposed rule suggests "that unfortunately [Centers for Medicare & Medicaid Services] has already made up its mind about all of these complicated issues and is rushing to finalize the rule without really considering the public comments and frankly without giving the public enough opportunity to weigh in on a number of controversial provisions," said Randy Pate, former director of the Center for Consumer Information and Insurance Oversight at HHS.

The federal law, however, remains clear. Sen. Ben Nelson, a Democrat from Nebraska, wrote that provision, and he has explained: "[I]f you are receiving Federal assistance to buy insurance, and if that plan has any abortion coverage, the insurance company must bill you separately, and you must pay separately from your own personal funds—perhaps a credit card transaction, your separate personal check, or automatic withdrawal from your bank account— for that abortion coverage. Now, let me say that again. You have to write two checks: one for the basic policy and one for the additional coverage for abortion. The latter has to be entirely from personal funds."

Roger Severino, formerly of the HHS Office for Civil Rights, said in Hemingway's column, "Planned Parenthood is desperate to hide abortion surcharges from consumers because they know transparency and truth is bad for business."