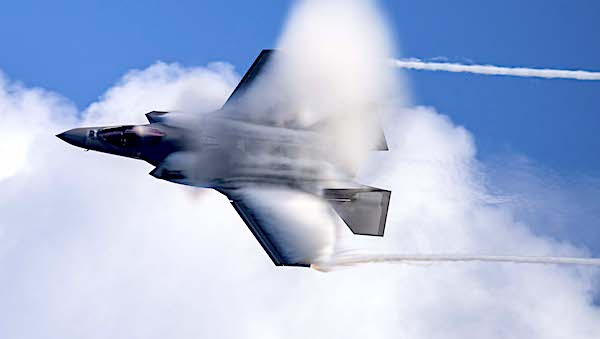 Too much attention in defense circles of late has been focused on the need for new, revolutionary platforms and weapons systems. The reality is that transformative changes in military technology are few and far between. They bring challenges regarding operating concepts, logistics, training, and sustainability.

The Department of Defense (DoD) has maintained its technological preeminence and military dominance for nearly a century based largely on its ability to continually upgrade and modernize existing systems. Much of the current U.S. force structure is based around capabilities first developed decades ago. Current plans for the continuous improvement of the F-35 joint strike fighter’s hardware and software could allow it to maintain its dominant position in the air for the rest of the century.

The example of the Air Force’s continual reliance on the B-52 strategic bomber is instructive. First flown in 1962, the 76 H-models are expected to be in service until mid-century. Over that time, virtually every system on the B-52 has been replaced, often multiple times. The decision to turn the B-52 from a penetrating strategic delivery platform to a multi-purpose standoff weapons carrier also added to its lifespan. The Air Force recently embarked on a program to re-engine the bomber, making it cheaper to fly, easier to maintain, and more reliable in combat.

The B-52 may not be the only combat aircraft to become a centenarian. The F-16 fighter, first acquired in 1978, could also hit that mark. Although it is being phased out of the U.S. arsenal, enhanced versions of the F-16 are still in demand overseas. With the addition of an advanced AESA radar, new avionics, and extremely smart munitions, the F-16 could easily remain as a competitive fourth-generation platform for decades.

The venerable F-15, first flown in 1972, is undergoing a major modernization program that could extend its time in the U.S. inventory by 30 years or more. The Air Force is acquiring new F-15EXs to replace more than 200 aging F-15C models. Based on the highly successful F-15E Strike Eagle, the modernized aircraft will have a more powerful mission computer, new cockpit displays, a digital backbone, and the Eagle Passive Active Warning Survivability System.

This phenomenon of upgrading existing platforms to give them additional capabilities and a longer lifespan is not restricted to aircraft. Take the example of the Army’s M1 Abrams tank, first produced in 1979. Since its initial deployment, it has undergone nearly continuous upgrades and modernization. The Army is currently beginning to receive the latest upgrade, the System Enhancement Package Version 3 (SEPv3), and a SEPv4 is planned for this decade.

Further enhancements to the Abrams will maintain its status as the best tank in the world for decades to come. U.S. allies, including Saudi Arabia, Iraq, and Egypt, operate versions of the Abrams. More recently, Poland has announced it will acquire some 250 M-1s.

The F-35 is already well on its way to becoming the free world’s premier fighter, a position likely to be maintained through most of this century. The reason for this is that the F-35 was designed from the start for continuous upgrades. One key role of the F-35 is as a flying sensor platform. The aerospace industry is achieving continual improvements to the size, weight, and performance of sensors. In addition, the IT industry is undergoing a revolution in the capabilities of computers and the software that powers them.

Given that the F-35 would be in production for decades, plus the pace of change in sensors, computers, and software, it made sense to plan from the start for periodic technology refresh and software upgrades. Often, advanced software requires new hardware such as more powerful computers to effectively operate it. Initially, the plan was for scheduled upgrades to both hardware and software.

The F-35 program has already gone through a series of upgrades. Each upgrade has expanded the aircraft’s capabilities, allowing it to make better use of its sensors and increasing the types of weapons the F-35 can employ. The current standard software configuration is known as 3F.

The program is in the process of finalizing operational testing of the Block 4 upgrade. Block 4 will make 53 improvements to the F-35. Complementing the introduction of Block 4 software is the introduction of new hardware in the Technology Refresh 3 package. This will provide updated cockpit displays, enhanced memory system capacity, and more powerful core processing and computer power.

There have been delays in the introduction of the Block 4 improvements. These are largely associated with an inability to conduct the full range of operational tests due to the effects of the pandemic on the testing environment.

Taking a page from how the commercial environment addresses software improvements, the F-35 Joint Program Office has restructured the Block 4 acquisition strategy into an agile Continuous Capabilities Development and Delivery (C2D2) model. The C2D2 will deploy new capabilities in smaller increments which makes them easier to implement. This means that the F-35 can be rapidly upgraded to maintain its relevance into the distant future.

There are also plans to improve the F-35s engine, making it more efficient and powerful yet easier to maintain. While some in Congress and elsewhere have advocated developing a second engine for the F-35 to compete with the Pratt & Whitney F135, this is as bad an idea today as when it was first proposed over a decade ago.

Rather than going through the expense and complications of developing a new engine and suffering the logistics nightmare associated with maintaining two supply and repair chains, the company has significantly reduced both the cost to produce the F135 and the cost per flying hour. Pratt & Whitney has a program underway to improve the F135, which would result in a 10 percent improvement in thrust and range and a 50 percent improvement in thermal management. The company estimates that by going this route, DoD could save some $40 billion over the program’s currently-planned 50-year lifespan.

With a process now in place for continually upgrading both the hardware and software on the F-35, there is no reason that this aircraft will not provide superior performance for the rest of the century.

Dan Gouré, Ph.D., is a vice president at the public-policy research think tank Lexington Institute. Gouré has a background in the public sector and U.S. federal government, most recently serving as a member of the 2001 Department of Defense Transition Team. You can follow him on Twitter at @dgoure and the Lexington Institute @LexNextDC. Read his full bio here.