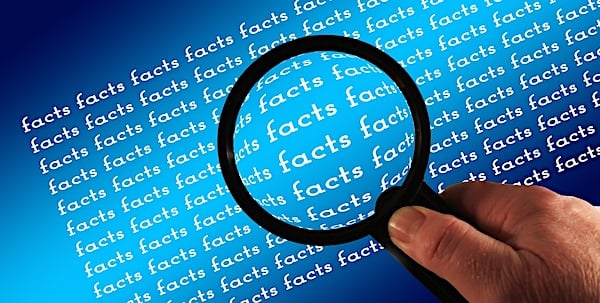 President Biden's ability to – and apparent decision to – lie directly to the American public was put on display this week when his top military officials directly contradicted what he told a reporter just days ago.

Fox News reported Chairman of the Joint Chiefs of Staff Gen. Mark Milley and head of U.S. Central Command Gen. Kenneth F. McKenzie confirmed they recommended the U.S. should maintain a presence of at least 2,500 troops in Afghanistan.

Now Political Editor John Daniel Davidson at is warning those lies share a lot of information with Americans.

"What we can conclude from this pattern of deception is simply that Biden does not feel the need to give straight answers about any decision he makes or policy he enacts," he wrote online. "He will not be honest about what his advisers tell him or about what he intends to do on any given issue."

He continued, "Above all, Biden has made it clear, through an unrelenting fusillade of lies, that he does not consider himself to be the least bit accountable to the American people, does not think ordinary rules and norms apply to his administration, and does not think he owes anyone an honest word about anything that happens on his watch.

"He has decided, that is, to govern by lies. The least we can do, at this point, is be honest about that."

He pointed out that "hardly a day passes anymore" that Biden or members of his administration "do not stand before the American people and lie through their teeth."

He pointed to the statements about troops in Afghanistan.

"The generals’ testimony flatly contradicts Biden’s claim in an August 19 interview with George Stephanopoulos of ABC News that none of his military advisors told him to keep 2,500 troops in Afghanistan, or ever warned him that withdrawing those troops would trigger the collapse of the Afghan military and government," he said.

The obvious fact is either Biden was lying, or "he simply cannot remember what his top military advisers told him about one of the most important decisions of his presidency," Davidson wrote.

He acknowledged Biden is "slipping in his old age," and in fact, Biden is well-known for making verbal gaffes and blunders, forgetting what he wanted to say and simply letting a sentence trail off unfinished and worse.

"But the most straightforward explanation here is that he was deliberately lying to Stephanopoulos about what his generals advised," Davidson wrote.

He also raised the issue of Biden's statements "that mounted Border Patrol agents in Del Rio, Texas, were 'running over' Haitians migrants and 'strapping' or whipping them with their reins, a false claim that was repeated over and over by the press and administration officials after photos of a horse patrol confronting illegal immigrants appeared on social media."

He explained that the concept was revealed as fiction even before Biden threatened Border Patrol agents "will pay."

"The photographer who took the viral photos later confirmed he never saw the mounted Border Patrol agents strike anyone, and subsequent video footage of the incident should have settled the matter definitively. Instead of slandering and threatening the agents, the president should have come out and apologized to them profusely," Davidson said.

Biden on the lie that border patrol were using whips on illegal immigrants at the border:

"To see people treated like they did? Horses running them over? People being strapped? It's outrageous. I promise you, those people will pay." pic.twitter.com/Jx79KoYTy9

Sorting through my footage from the border. I was in the river during the viral incident between a Haitian migrant and mounted CBP agent. It's shaky - but here's what I captured. pic.twitter.com/fnvxSU83tO

He warned, "Biden appears to be incapable of not lying all the time, even when his abject dishonesty is an insult to the intelligence of every American. It is simply pervasive."

He cited other lies including "idiotic" one from Biden that his $3.5 trillion climate change and welfare bill would actually cost zero dollars.