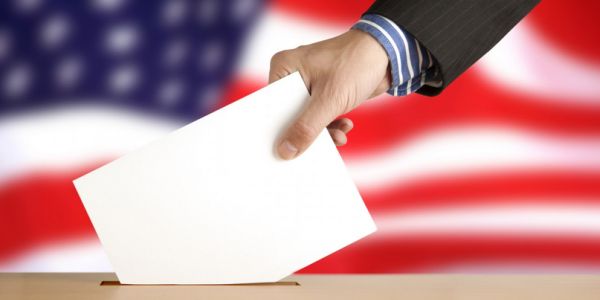 Even though fact-checkers claim it was clean as a whistle, fraud has been suspected in the Georgia 2020 presidential race election results since those videos were revealed showing workers sending observers home, then pulling suitcases full of ballots from underneath tables and counting them.

There also have been suspicions of fraud in mail-in ballots, there are problems with the chain of custody for hundreds of thousands of ballots, and there even was testimony that stacks of ballots looked like they were photocopied – to the point they were identical, and "pristine."

Now comes a charge that the problem could have been even worse: "Ballot traffickers" who traveled the state on election night emptying backpacks stuffed with ballots into drop boxes – all while wearing gloves.

The issue was raised by radio host John Fredericks, who said it was brought to his attention by Heather Mullins from Real Americas Voice.

Fredericks appeared on the Steve Bannon show to talk about the issue.

He explained the video isn't out yet, but has been seen by some people.

"There are basically about 240 what I'm gonna call ballot traffickers in Georgia. What they did is went around to the drop boxes all over the state with each of them averaging about 24 drop boxes. … They would go there in the middle of the night and empty backpacks with gloves on, into these drop boxes," he explained.

He said such ballot "harvesting" would be totally illegal in Georgia.

The Gateway Pundit reported that Catherine Engelbrecht and True the Vote were behind the investigation and it actually involves multiple states.

Breitbart reported the True the Vote work has been going on for months, and is reviewing the collection of cell phone GPS ping data in elections in Georgia, Arizona, Wisconsin, Pennsylvania and Michigan.

Those all were swing states that went very narrowly for Biden in the 2020 results, and were all states in which election circumstances raised questions about potential fraud.

The report said Breitbart obtained a document about the investigation and it revealed one of the focuses was the ballot drop box locations.

"From this we have thus far developed precise patterns of life for 242 suspected ballot traffickers in Georgia and 202 traffickers in Arizona," True The Vote’s document says. “According to the data, each trafficker went to an average of 23 ballot drop boxes."

The document explains, "We are building out video stories and have compiled videos of individuals stuffing ballot drop boxes with stacks of ballots, individuals depositing ballots in multiple drop boxes, unauthorized coordination between government workers engaged in the exchange of ballots, and several other tranches of video that capture unusual patterns such as the wearing of gloves to deposit ballots, taking pictures of ballot deposits, etc.."

Breitbart said, "There are several reasons why this revelation about True The Vote’s effort is significant. First and foremost, these revelations come amid several ongoing so-called 'audit'” in a number of states like Arizona nationally—the results of the Arizona audit are imminently expected—and other efforts by some allies of former President Donald Trump to continue the push for illuminating what happened in the 2020 presidential election. Most of the aforementioned have either not been fruitful, or perhaps have even damaged the former president’s cause by either not being factual or by being incomplete in their nature or for other reasons which cast doubt on their credibility. This self-described effort from True The Vote could change the discussion by providing proof—complete with cell phone data and surveillance video—of allegedly illegal activity that could lead to much more drastic action by law enforcement or political leaders in these various states."